Starting this week, guests at Disney’s Animal Kingdom may get a glimpse of Anala and Jeda, the first Sumatran tiger cubs to be born at the park. The nearly four-month-old cubs are slowly being introduced into their habitat on Maharajah Jungle Trek. The sister and brother pair will be visible periodically as they acclimate to their new area.

We are thrilled to be able to share a first look of these adorable tigers in their new habitat.

Disney is proud to play an important role in the worldwide conservation and understanding of Sumatran tigers, a critically endangered species whose worldwide population has grown by two with the birth of Anala and Jeda. As part of these efforts, Disney participates in the Species Survival Plan, a breeding program through the Association of Zoos and Aquariums which helps ensure a diverse, healthy population of threatened and endangered species for years to come. 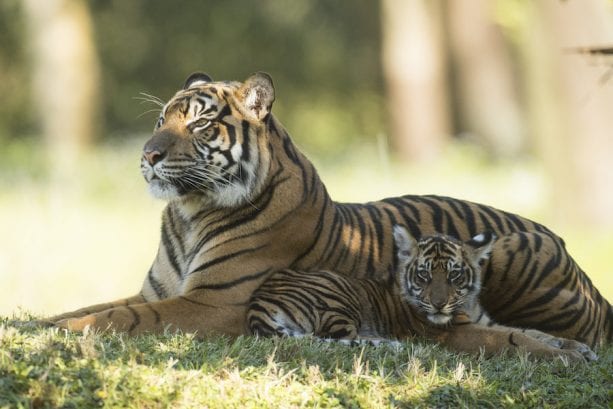 Our dedicated and highly trained team of animal care experts and veterinarians spent three years preparing for the birth of these Sumatran tigers and have worked tirelessly to provide them with the best possible care so they can grow and thrive. Part of this work included creating a special new backstage play area where the tiger cubs could learn to swim and climb before venturing into their habitat at Maharajah Jungle Trek. 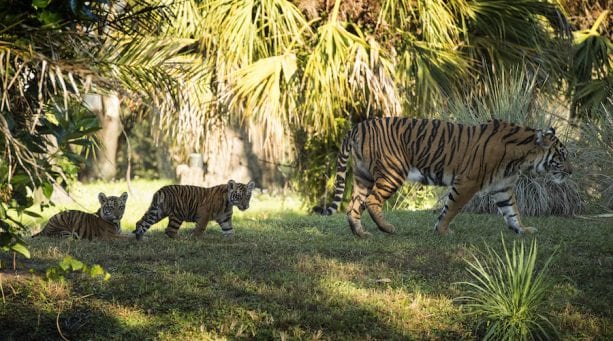 As you may remember from our previous updates, Sumatran tigers are a critically endangered species with fewer than 500 left in the wild. The Disney Conservation Fund (DCF) is working with groups like the Wildlife Conservation Society on its Reverse the Decline initiative to develop strategies for saving these majestic animals. 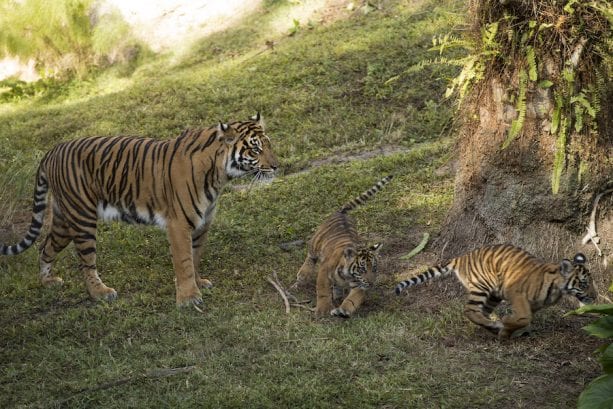