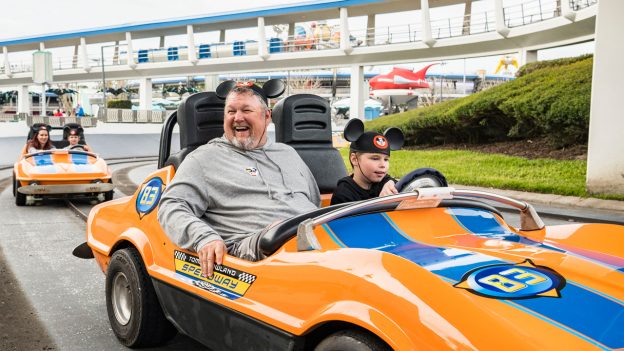 Earlier this week, the hilarious Daniel Lawrence Whitney, also known as “Larry the Cable Guy,” joined his family to put the pedal to the metal at Tomorrowland Speedway at Magic Kingdom Park at Walt Disney World!

Larry the Cable Guy is no stranger to cars, after all he voiced Mater, the friendly tow truck in the Disney•Pixar “Cars” movies. Mater, you know “kinda like ’Tuh-mater,’ but without the ‘tuh.’” During his visit, Larry shared that Walt Disney World is the family’s favorite vacation destination and talked about his favorite attractions. Check out the video below for more and watch their hilarious journey around the speedway! Go on, click it, “Git-R-Done!”