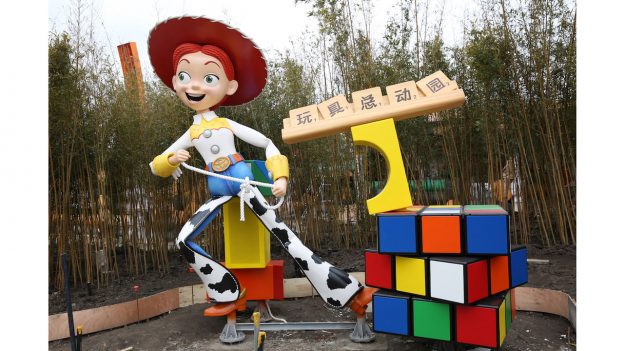 There’s a new sheriff in town! Guests at Shanghai Disneyland can now spot Woody and Jessie at the entrances to Disney·Pixar Toy Story Land.

This milestone comes just a few months from opening as attraction testing and training are underway – word is Rex and Trixie are hard at work making sure Rex’s Racer is in tiptop shape.

Keep your eyes on the Disney Parks Blog as we reveal more details about Disney·Pixar Toy Story Land! In the meantime, catch up with your favorite Toy Story characters at Buzz Lightyear Planet Rescue or at the Toy Story Hotel – the only hotel in the world themed to the beloved franchise – which is specially decorated for Chinese New Year until March 4.