This past weekend, runners kicked off the New Year with cheers as they crossed the finish line at the 25th Anniversary Walt Disney World Marathon Weekend presented by Cigna. The action-packed race weekend also included the Walt Disney World 5K, 10K, Half Marathon, Goofy’s Race and Half Challenge, 5th Anniversary Dopey Challenge, runDisney Kids Races, and the runDisney Health and Fitness Expo.

Celebrating 25 years of running magic with everyone’s favorite host, Mickey Mouse, at the most magical race on Earth, runners took on the exciting Walt Disney World Marathon. The 26.2-mile run through all four Walt Disney World theme parks and the ESPN Wide World of Sports Complex included plenty of surprises, entertainment, and Disney magic along the way.

With special entertainment experiences every half mile along the course, from full marching bands to a 100-member choir to nostalgic Disney movie soundtracks and exciting meet & greet opportunities with beloved Disney characters, the four-park celebration was nothing short of spectacular – check out some of our favorite moments!

Along with the adrenaline-charged feeling of triumph, every runner received a commemorative finisher’s medal and special 25th anniversary Mickey Mouse ears to wear after crossing the finish line at Epcot. 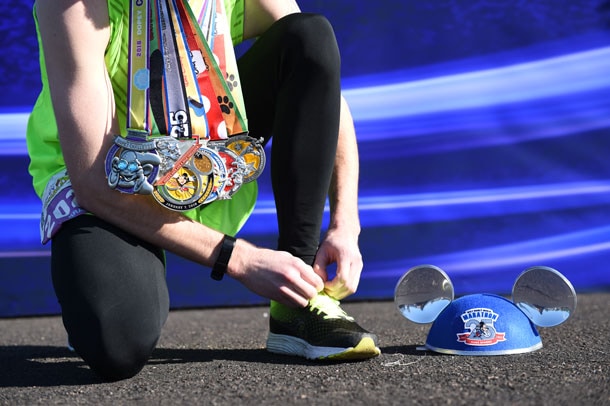 Victory was especially sweet for runner Nick Hilton, who not only became the first American to win the race since 2004, but also qualified for the U.S. Olympic Team Trials for the 2020 Summer Games. 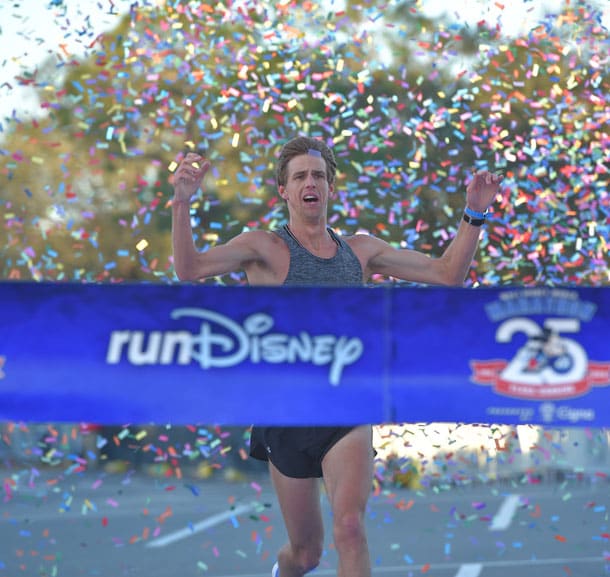 Congratulations, runners! Check out more race weekend highlights in our video below and be sure to share your race photos with us using #WDWMarathon25. To learn more about upcoming runDisney events, please visit rundisney.com and visit us on Facebook, Twitter, Instagram, and YouTube.