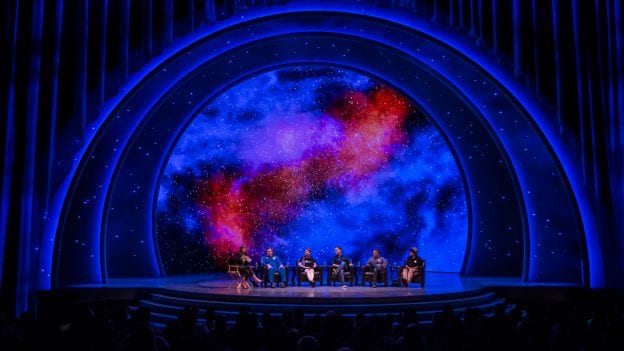 Last year brought a variety of special events for our Disney Parks Blog readers at the Disneyland Resort. Let’s take a look back!

In September, hundreds of Disney Parks Blog readers gathered at Disney California Adventure park for a unique evening of science, storytelling and Disney magic at the Disney Parks Blog Galactic Meet-Up, which featured a panel discussion featuring a group of scientists, explorers and storytellers followed by rides on Guardians of the Galaxy – Mission: BREAKOUT!

Another advanced screening at AMC Downtown Disney 12 gave hundreds of fans the chance to see “Pirates of the Caribbean: Dead Men Tell No Tales” as well as the film’s star, Brenton Thwaites!

Did you attend a Disney Parks Blog event in 2017? Tell us about it in the comments!