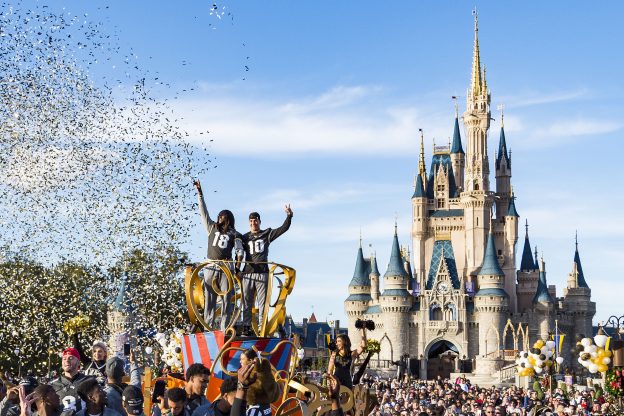 Earlier this week, it was black and gold as far as the eye could see at Magic Kingdom Park as we celebrated the University of Central Florida Knights’ amazing football season with a magical parade at Walt Disney World Resort.

The parade for Orlando’s hometown team follows a January 1 victory in the Peach Bowl that capped the Knights’ undefeated 13-0 season. Along with University of Central Florida student-athletes, today’s Magic Kingdom Park celebration included UCF cheerleaders and The Marching Knights, the university’s official band. As you can see, the parade route down Main Street U.S.A was decorated in University of Central Florida colors, including black-and-gold balloons on lamp posts. And many guests wore UCF black-and-gold team shirts and jerseys to honor the team.

For a full look into the festivities, check out the video above.