Disney Legend Alan Menken was joined today by some of the new cast of the highly anticipated Beauty and the Beast Mandarin production coming to Walt Disney Grand Theatre at Shanghai Disney Resort this summer.

With more Academy Awards than any other living person, Alan Menken has helped compose so many of the musicals we know and love around the world. Today, he performed a few of his chart topping songs, including a special duet of the Oscar-winning song “Beauty and the Beast” with Chinese actress Xu Meng, who will play Mrs. Potts. 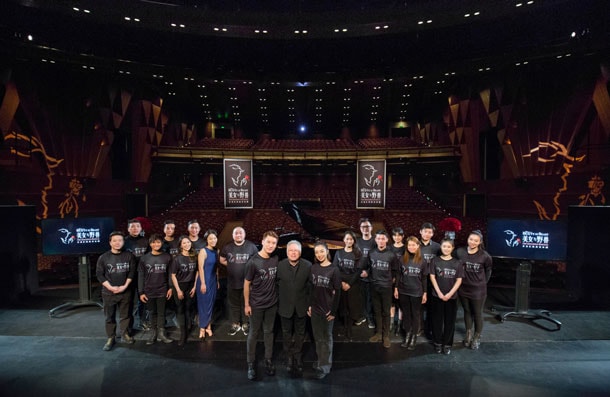 “This is my first visit to China, and I am thrilled to be here to support the newest Mandarin production of the musical recreated from the original Broadway show, and to meet the gifted local cast and crew,” said Alan Menken. “There are some special new elements for this exciting production, which, combined with the talented local performers, will make it a truly one-of-a-kind entertainment experience for the Chinese audience.”

The new cast includes musical theater stars and talent from across China performing one of the longest-running and highest-grossing Broadway shows of all time. This Mandarin production will be the second collaboration with Disney Theatrical Productions to recreate the renowned stage musical.