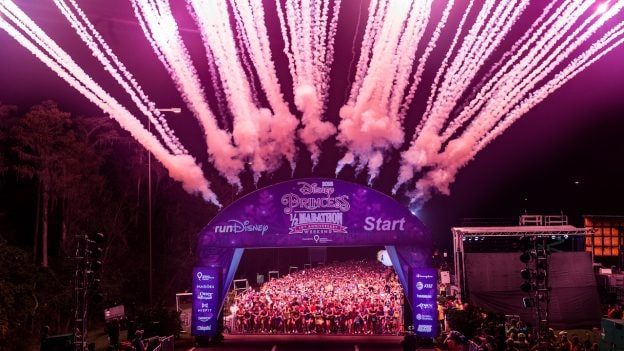 Runners of all ages lived out their runDisney dream when they crossed the finish line this past weekend during the 10th annual Disney Princess Half Marathon Weekend presented by Children’s Miracle Network Hospitals. Amongst them was Teresa Arntz of Pewaukee, Wis., who lived out her own real-life fairy tale after overcoming cancer.

As an avid runner, it came as quite a shock in 2016 when Teresa was diagnosed with stage III colon cancer at the age of 44. Over the next 17 months, Teresa underwent chemotherapy, radiation and surgery and she successfully completed her treatments in June 2017. In an effort to help Teresa return to her active lifestyle and stay focused on the future, her sister Carol drew up a royal plan for Teresa and her friends to run the Disney Princess Half Marathon.

This past weekend, Teresa and her 12 “princesses,” made up of friends and family – many who had never attempted a half marathon – celebrated her triumph over cancer by crossing the finish line of the first half marathon since Teresa was diagnosed.

Teresa joined more than 53,800 runners who participated in the largest women-focused running event in the country. In addition to the half marathon, the race weekend included a 5K, 10K, Kid’s Races, and the runDisney Health & Fitness Expo. Disney Princess Half Marathon Weekend is one of four race weekends at Walt Disney World Resort, followed by the Star Wars Half Marathon – The Dark Side Weekend sponsored by OtterBox on April 19 – April 22. For more information, visit www.rundisney.com.

Check out the video below to see Teresa’s journey during the Disney Princess Half Marathon Weekend!