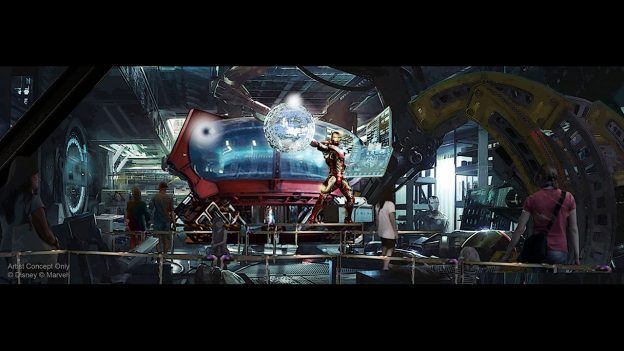 Popular stories and characters from the Marvel universe are already being incorporated into Disneyland Paris in the form of this summer’s Marvel Summer of Super Heroes celebration, plus plans for Disney’s Hotel New York – The Art of Marvel.

Now, it appears more super hero fun is on the way. It was just announced at D23 Expo Japan that the Marvel Super Hero universe will also come to Walt Disney Studios Park at Disneyland Paris, where Rock ‘n’ Roller Coaster Starring Aerosmith will be totally reimagined as a high-speed, hyper-kinetic adventure, in which guests will team up with Iron Man and their favorite Avengers.

Stay tuned to the Disney Parks Blog for more information on this attraction’s transformation.