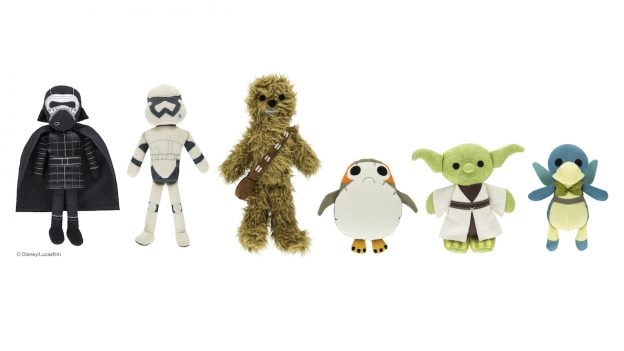 Sneak A Peek At The Toydarian Wares Coming To Star Wars: Galaxy’s Edge

Just moments ago, Chairman of Walt Disney Parks & Resorts Bob Chapek shared an update on the progress of the highly anticipated land, Star Wars: Galaxy’s Edge, and shared a sneak peek at the unique Toydarian merchandise guests will find exclusively in the land.

At Star Wars: Galaxy’s Edge, guests will visit the planet of Batuu, a remote outpost on the galaxy’s edge that was once a busy crossroads along the old sub-lightspeed trade routes. Here, guests will find themselves in the middle of the action at two attractions that take detail and immersion to the next level: one that lets guests take the controls of Millennium Falcon on a customized secret mission, and an epic Star Wars adventure that puts guests in the middle of a climactic battle between the First Order and the Resistance.

Guests will also be able to explore a street market run by a Toydarian, a character first introduced in “Star Wars: The Phantom Menace.” Among his wares will be handcrafted toys made by local artisans, like those seen above.

Star Wars: Galaxy’s Edge is set to open at both the Disneyland and the Walt Disney World Resorts in 2019.