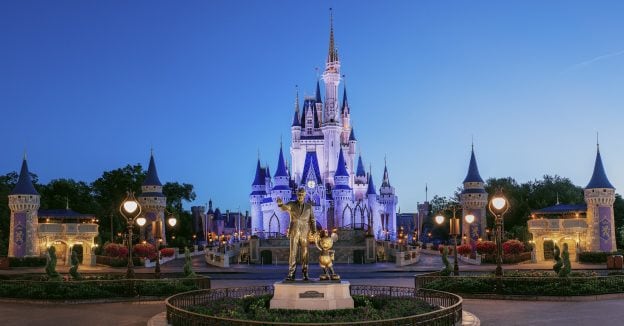 Philadelphia’s Super Bowl celebration is just getting under way in Minneapolis, and here at Walt Disney World Resort we are feverishly working to bring the power of magic to life after the big game.

And now I’m thrilled to announce that, just moments ago as Philadelphia clinched its historic Super Bowl title in Minneapolis, Eagles star Nick Foles was asked what he is going to do next and he shouted: “I’m going to Disney World!”

Indeed, the hero of Super Bowl LII will soon be on his way to Walt Disney World Resort in Florida after becoming the latest NFL star to utter those iconic words as part of a national TV campaign following his team’s Super Bowl victory over the New England Patriots. He played a huge role in Philadelphia’s triumph, throwing three touchdown passes and he, himself, catching a touchdown pass, becoming the first quarterback in Super Bowl history to do that. In the end, Foles helped propel his team past the Patriots and into the Super Bowl record books.

Once he arrives at Walt Disney World Resort, we will pay tribute to him and the Eagles with a magical celebration at Magic Kingdom Park on Monday at 2:40 p.m.

Foles will be the star of a hero’s parade down Main Street, U.S.A., with popular Disney characters, festive music and lots of confetti. Afterwards, he will enjoy some fun time in the park, experiencing some of Walt Disney World Resort’s signature attractions.

If you happen to be at Walt Disney World Resort on Monday, come join us at Magic Kingdom for all of the merriment and fun as we celebrate the Eagles and their amazing Super Bowl accomplishment.

Shortly after the celebration begins, tune in for our live stream of the Super Bowl Parade and be sure to check back here at the Disney Parks Blog for exclusive photos and video of the parade.

In the meantime, leave your congratulations to the team below!