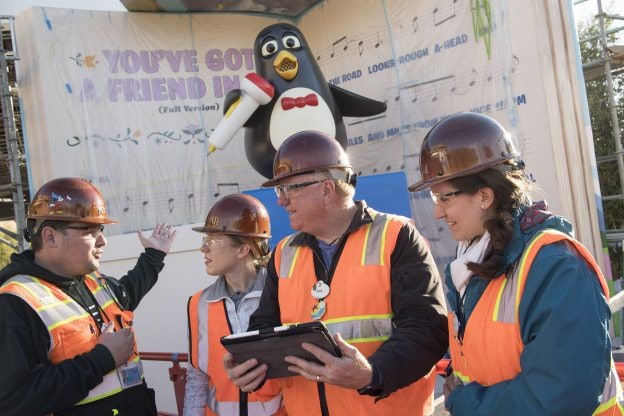 All in the Details: Wheezy Arrives at Toy Story Land at Disney’s Hollywood Studios

Today we’re kicking off another week on the Disney Parks Blog with an exciting update from Toy Story Land!

Over the weekend, Walt Disney Imagineering marked a milestone in their creation of the highly anticipated land when they welcomed Wheezy, the toy penguin from the Disney•Pixar “Toy Story” films, to Disney’s Hollywood Studios. The squeaky penguin is the latest of Andy’s toys to appear in Toy Story Land, which so far already features Jessie, Rex and Slinky Dog.

Guests can also walk through a new carnival game box to experience Toy Story Mania!, which has been a guest-favorite attraction at the park since it opened in 2008. Now expanded with a third track, the popular attraction will allow even more guests to take aim at 3D objects – using everything from baseballs to cream pies – in a variety of whimsical, fast-paced games.

As you can see in the image gallery above, the entire land will serve as a visual celebration of toys, with Crayons, Cooties, Green Army Men, Rubik’s Cubes, Tinkertoys, and other familiar toys and game pieces incorporated into the land’s design.

Likes (1)
Share All in the Details: Wheezy Arrives at Toy Story Land at Disney’s Hollywood Studios