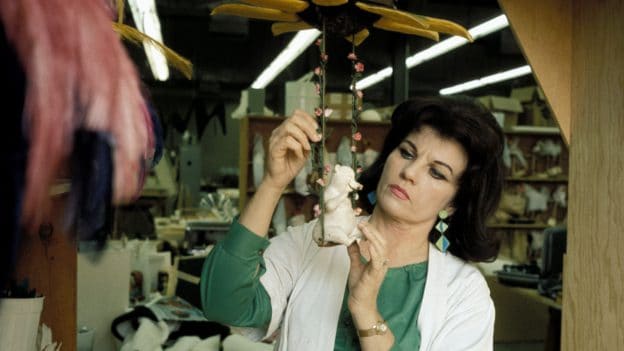 Below is an excerpt of Leota Toombs Thomas’ story. I will share others in the weeks to follow! 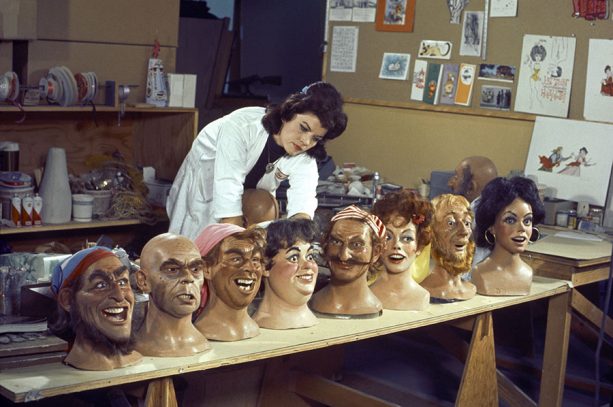 Leota “Lee” Toombs Thomas started her career in 1940 at the Walt Disney Studios’ Ink and Paint department, where she met and married lead animator Harvey Toombs. She left to raise their two children but returned in 1962 to join the team of Imagineers working on Disneyland Park.

Lee joined Harriet Burns, Joyce Carlson and Glendra von Kessel to create many of the models and final pieces for such attractions as Walt Disney’s Enchanted Tiki Room, Pirates of the Caribbean, Haunted Mansion and Country Bear Jamboree, just to name a few. After working on attractions and shows at Walt Disney World and Tokyo Disneyland, Lee came to work at the WDI Show Quality Service department at Disneyland, where she trained many of the artisans and designers in the Staff, Paint and Sign shops. She had worked with the original art directors, like Marc Davis, Mary Blair and John Hench, and could teach the new Imagineers about their styles and the nuances that made the scenes and characters work. One of the many young Imagineers she trained was, in fact, her own daughter, Kim Irvine, who would later become art director for Disneyland Park. “I started my career in the Model Shop in 1970, training with a big influx of young Imagineers that were being mentored by the originals,” Kim said. “It was a unique situation to be trained by your mom! She was a wonderful teacher and friend. Anyone who knew her loved her, and many Imagineers owe some of their success to her for passing on the tribal knowledge that is so important to our product.”

Lee, who passed away in 1991, “always laughed that out of all the things that she had designed and created in her career, the one she is best known for is Madame Leota,” Kim said, referring to the face in the crystal ball at the Haunted Mansion. “But I am grateful, as I walk through New Orleans Square in the early hours of the morning, I can hear that sweet little voice of hers echoing ‘Hurry back!’ She would have liked that.”