Less than three years after Disneyland park opened its gates and the Santa Fe & Disneyland Railroad made its first Grand Circle Tour, guests were invited to take in the vast valley of the South Rim with the debut of the Grand Canyon Diorama.

During the grand opening ceremony on March 31, 1958, Walt Disney himself piloted the engine through the tunnel to view the 306-foot-long diorama which, at the time, was described as the longest diorama in the world. Featuring artwork from scenic artist Delmer Yoakum and set to the sounds of Ferde Grofé’s “Grand Canyon Suite,” the realistic diorama can only be seen aboard the Disneyland Railroad. 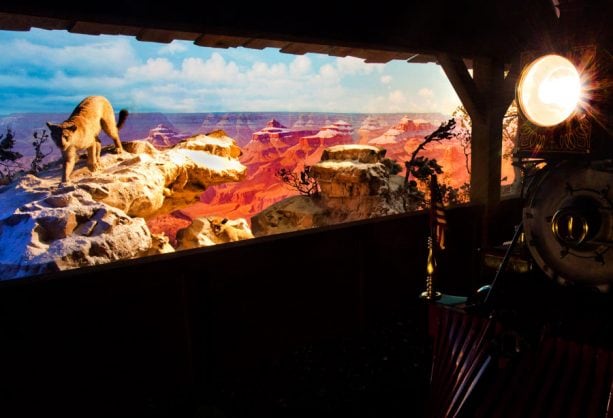 Last summer, both the Grand Canyon Diorama and Primeval World (which debuted in 1966) were carefully restored to their original splendor, with a bit of new magic added to both!