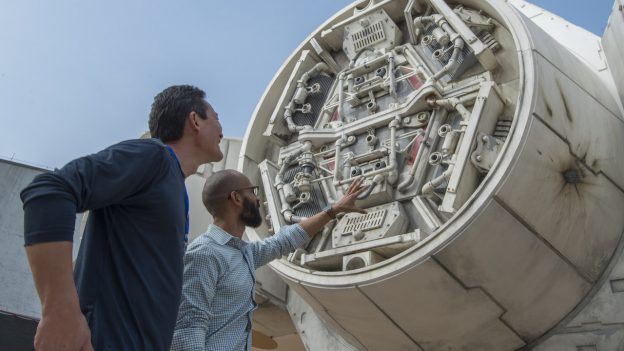 This week on the Disney Parks Blog, the most compelling visuals weren’t photos – it was a video! A flyover video of the Star Wars: Galaxy’s Edge expansion to be exact.

The video, which was shared during the 2018 Annual Meeting of Shareholders, lets you see the size, scope and amazing detail that’s already being put in place in this new land, which is set to open in 2019.

At Star Wars: Galaxy’s Edge, guests will be transported to the planet of Batuu, a remote outpost on the galaxy’s edge that was once a busy crossroads along the old sub-lightspeed trade routes. Here, guests will find themselves in the middle of the action at two attractions that take detail and immersion to the next level: one that lets guests take the controls of Millennium Falcon on a customized secret mission, and an epic Star Wars adventure that puts guests in the middle of a climactic battle between the First Order and the Resistance.