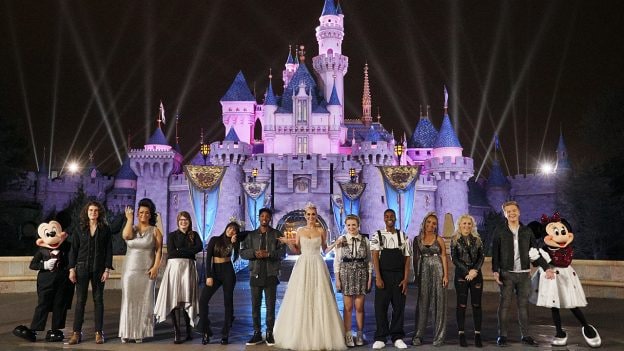 As part of preparation for the upcoming Disney Night on “American Idol,” the top 10 contestants spent time at the Happiest Place on Earth this week.

During the day, the contestants met with favorite Pixar pals and new friends, as well as experienced attractions and entertainment part of Pixar Fest, the limited-time celebration going on now through September 3 at the Disneyland Resort.

In the evening, the group gathered together to hear superstar judge Katy Perry perform a timeless Disney song in front of Disneyland park’s iconic castle.

Check out highlights from their visit below!

Catch the top 10’s magical group performance from the castle and solo performances of their favorite Disney songs during Disney Night on “American Idol” this Sunday, April 29 at 8 p.m. EDT on The ABC Television Network. Also, for the first time in the history of American television, a reality-competition series will allow viewers to watch and vote from both coasts simultaneously as “American Idol” is simulcast in all time zones across the country over a three-week span, starting with this Sunday’s episode! Viewers will be able to vote by text, via AmericanIdol.com/vote or on the American Idol app. Results will be revealed at the end of each show in real time across all time zones.