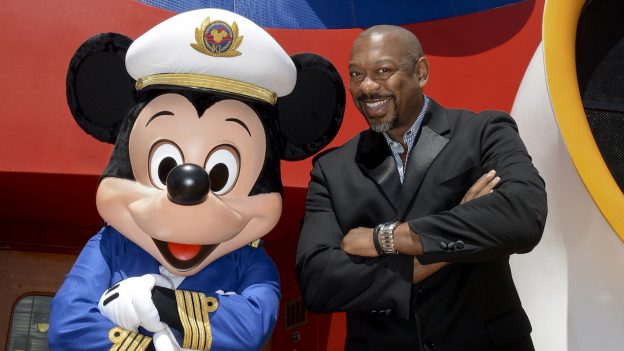 Guests aboard select Disney Magic, Disney Wonder and Disney Fantasy sailings are in for a special treat when “Stars Set Sail” returns this year. This live concert series presented by Disney Theatrical Productions brings the magic of Disney’s renowned Broadway and international shows to the Walt Disney Theatre as some of the most prodigious Broadway performers join cruisers for an evening onstage.

The program features a world-class lineup of theatrical talent. Fans of “The Lion King” will recall Alton Fitzgerald White from his record-breaking 4,308 performances as the longest-running Mufasa on Broadway. And whether you’re a Broadway connoisseur or a theatre newbie, you’ll certainly recognize Jonathan Freeman when you hear him … After voicing the evil vizier Jafar in the animated film “Aladdin,” he currently portrays the iconic character in the Broadway show!

Other exciting names on our roster include Steve Blanchard, the longest-running Beast in “Beauty and the Beast” on Broadway, and Kara Lindsay, star of the original cast of “Newsies” on Broadway and the “Newsies” film.

Every “Stars Set Sail” performance uniquely highlights the headliner’s theatrical repertoire and personal journey to Broadway. These extra-special sailings may also include meet-and-greets with the stars during exclusive Q&A sessions, plus adults-only shows in the evening and theater classes for teens and tweens.

Are you sailing with a star this year? Check out the full schedule of performers below.