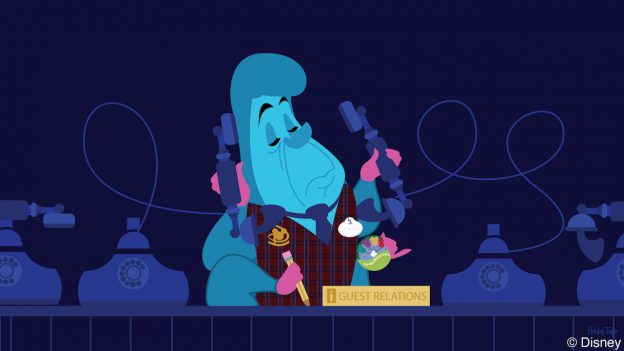 We’re kicking off another week on the Disney Parks Blog with another adorable Disney Doodle from artist Ashley Taylor.

In today’s Doodle, artist Ashley imagines what the Caterpillar from “Alice In Wonderland” would do on a visit to Magic Kingdom Park. According to her, he’d likely head to a place where he’d be able to put himself to work – Guest Relations at City Hall.

“The cast members at Guest Relations always have to multitask throughout the day!” she said. “I’d imagine the Caterpillar from ‘Alice in Wonderland’ could be an asset to the team with his multiple hands!”