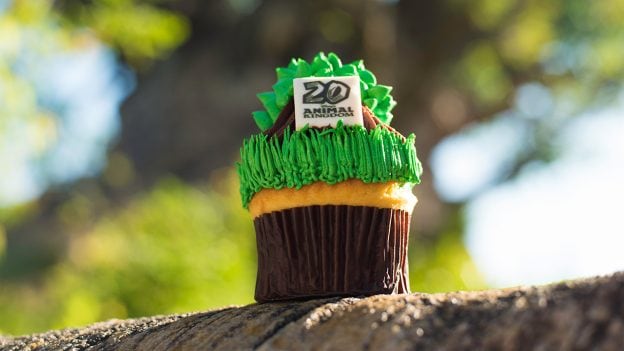 Twenty years ago, Disney’s Animal Kingdom opened its gates, allowing guests to experience the magic of nature with rare animals and world-class entertainment. April 22, Earth Day, marks the 20th anniversary of the park, and we are celebrating with a Party for the Planet through May 5!

This exciting party features enhanced interactions with animal care experts, family-friendly activities, character greetings, and themed merchandise. And of course, a proper celebration isn’t complete without the food! Party for the Planet will include a few new cupcakes, a mouthwatering burger, sliders, a special 3-course tasting menu at Tiffins, and the popular Tiffins Talks, a special 4-course dinner with one of the park’s conservation experts, offered on select nights.

Tiffins will offer a limited-time 20th Anniversary Chef’s Lunch Tasting Menu. Served daily from 11:30am to 3:30pm, this 3-course tasting menu celebrates the cuisines of Africa, Asia, and South America. Walk-ups are welcome!

All of these offerings will be available during Party for the Planet at Disney’s Animal Kingdom through May 5.

Disney’s Wilderness Lodge will have an Earth Day Cupcake April 19-22 at Roaring Fork. This yummy chocolate cupcake is filled with cookies and cream filling and topped with vanilla buttercream, cookies and cream crumble, chocolate rocks, and an edible garden.

At Disney’s Yacht & Beach Club Resorts, you’ll find an Earth Day Cupcake April 19-22 at Beach Club Marketplace and The Market at Ale & Compass. This one is a ‘dirt and worms’ chocolate cupcake filled with chocolate pudding and topped with chocolate buttercream, cookie crumbs, sugar flower, and jelly candy ‘worms.’ 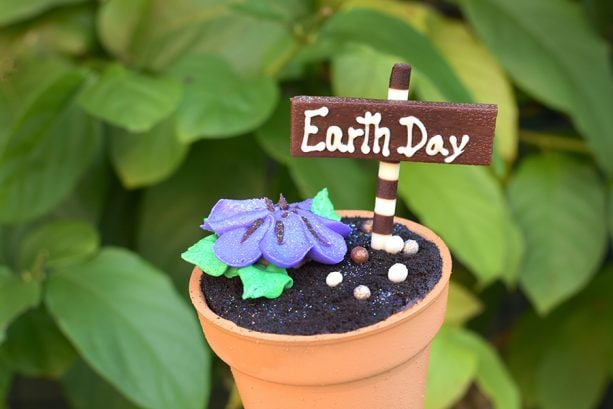 Disney’s Contemporary Resort will have an Earth Day Cupcake at Contempo Café only on April 22. This chocolate cupcake comes in an edible chocolate flowerpot is filled with chocolate pastry cream, chocolate buttercream, and chocolate cookie crumble and topped with a buttercream flower and a chocolate Earth Day sign. 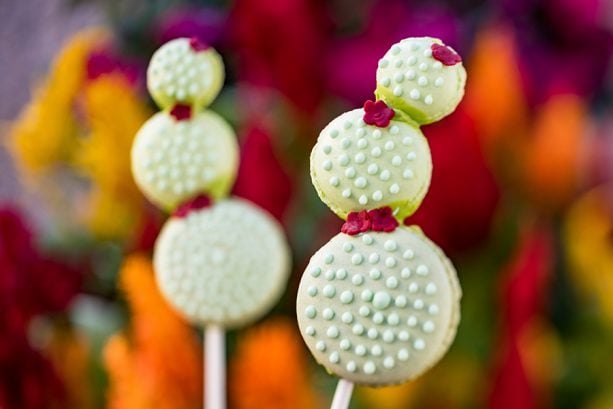 Over at Disney Springs, Amorette’s Patisserie will be offering up a cute little cactus on a stick April 22-28! This Cactus Macaron Lollipop consists of three French macarons filled with pistachio ganache and topped with icing. It’s even served on a stick for on-the-go enjoyment!

Come on out and celebrate the 20th Anniversary of Disney’s Animal Kingdom and Earth Day. These treats are only available for a limited time, so get them while you can!