We have thrilling news for those of you counting down the days until Toy Story Land opens at Disney’s Hollywood Studios on June 30 – FastPass+ reservations are now open for guests staying at select Walt Disney World Resort hotels.

Effective today, guests who are up to 60 days from their Walt Disney World Resort hotel check-in can choose one FastPass+ reservation for one of the Toy Story Land attractions, plus two other attractions in the park such as Rock ‘n’ Roller Coaster Starring Aerosmith, The Twilight Zone Tower of Terror, and more, depending on availability.

But FastPass+ reservations are just one of the ways guests can experience Toy Story Land. Beginning July 1, Disney’s Hollywood Studios will also operate from 8 a.m-10:30 p.m. for a limited time. In addition, even more Extra Magic Hour opportunities will be available including daily morning Extra Magic Hours, plus evening Extra Magic Hours offered once per week. 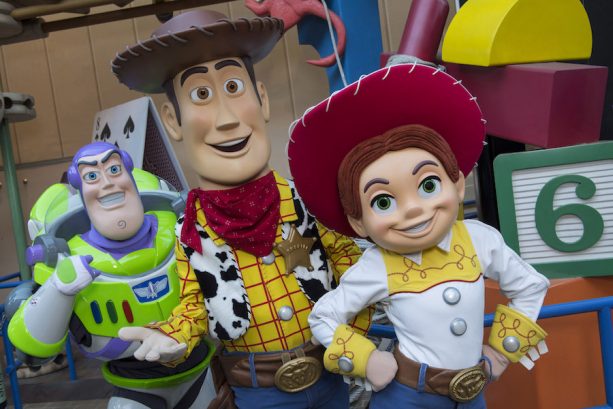 When Toy Story Land debuts on June 30, guests will “shrink” to the size of a toy and join in on the fun Woody, Jessie, Buzz, and Andy’s other beloved toys are having in Andy’s backyard. Here, guests can ride Slinky Dog Dash, a roller coaster Andy has assembled from his Mega Coaster Play Kit, take a spin on Alien Swirling Saucers, walk through a new carnival game box to experience Toy Story Mania!, grab a tasty snack at Woody’s Lunchbox – and even meet some of the characters from “Toy Story” films!

Keep your eye on the Disney Parks Blog for coverage of the exciting Toy Story Land expansion.