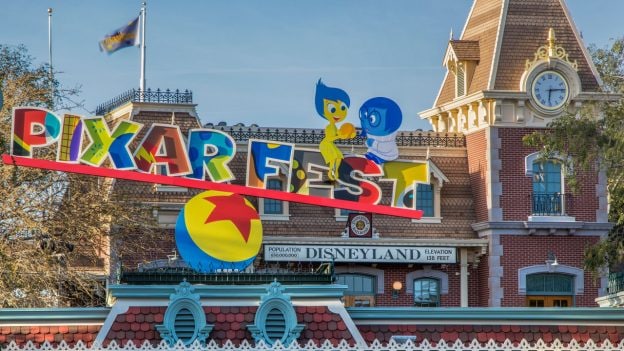 The first-ever Pixar Fest begins today at the Disneyland Resort, bringing the playful spirit of Pixar to life!

Through September 3, join us as we celebrate beloved Pixar characters and stories in new and exciting ways. This celebration of friendship and beyond features the debut of “Together Forever – A Pixar Nighttime Spectacular” fireworks, the return of the popular “Paint the Night” parade and “Pixar Play Parade,” as well as new décor, atmosphere entertainment, themed eats and treats, limited-time merchandise and more!

Here’s a look at the festivities: