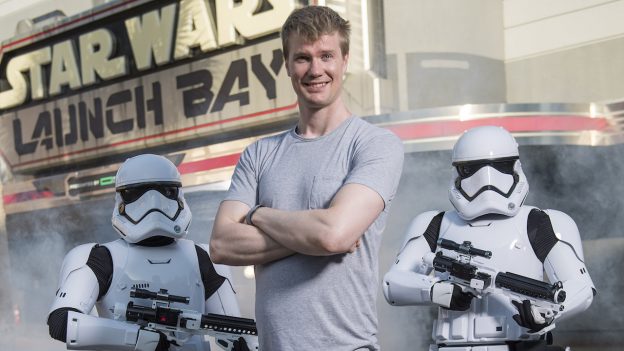 Actor Joonas Suotamo, who plays Chewbacca in Solo: A Star Wars Story, recently stopped by Disney’s Hollywood Studios to experience some of the park’s Star Wars offerings, including one of his favorites, the Star Tours – The Adventures Continue attraction.

This year, Joonas will appear as a celebrity guest to talk about his fascinating movie-making adventures. Some lucky audience members will also have the opportunity to ask Joonas their own questions.

Guests can expect to be the first to see other nods to Solo: A Star Wars Story debut at the event’s Star Wars: A Galaxy Far, Far Away presentation, and the park’s nighttime projection show, Star Wars: A Galactic Spectacular. And of course, guests will be able to greet Chewbacca, among other Star Wars characters.

As a reminder, Solo: A Star Wars Story will open in theaters on May 25. Through a series of daring escapades deep within a dark and dangerous criminal underworld, Han Solo befriends his mighty future copilot Chewbacca and meets the notorious gambler Lando Calrissian, in a journey that will set the course of one of the Star Wars saga’s most unlikely heroes.