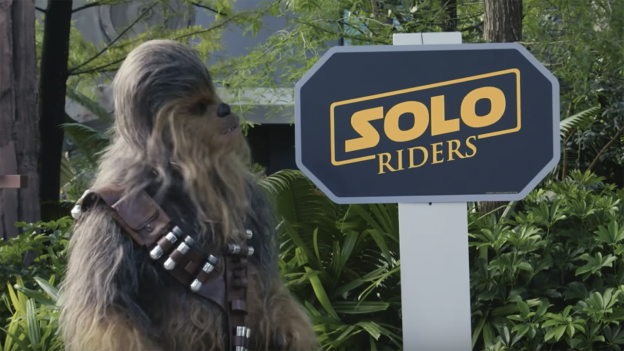 Recently the mighty Chewbacca landed at Star Tours – The Adventures Continue at the Walt Disney World Resort in search of a solo rider with the knowledge and skills to join him as co-pilot on an special surprise adventure aboard a Starspeeder 1000.

In “Solo: A Star Wars Story“, Chewie has fallen on hard times during the age of the expanding Empire. When fate has Han and Chewbacca cross paths, Chewbacca embarks on a long, loyal and trusting friendship that he could have never expected.

While this was a special adventure for Chewbacca, Guests can meet him daily at Disney’s Hollywood Studios at the Rebel Base in Star Wars Launch Bay and be sure to catch “Solo: A Star Wars Story” when it opens in U.S. theaters on May 25, 2018.