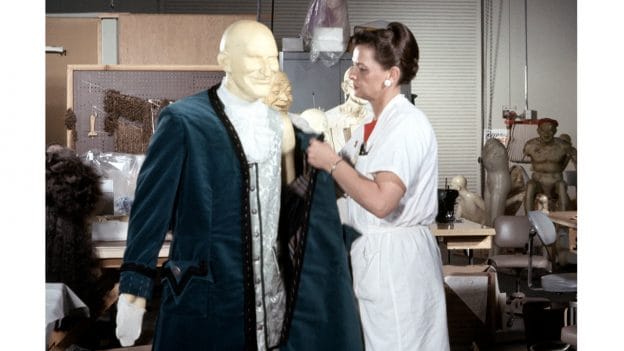 Our third story showcasing the legendary women who have helped shape the Disneyland Resort is focused on Alice Davis. 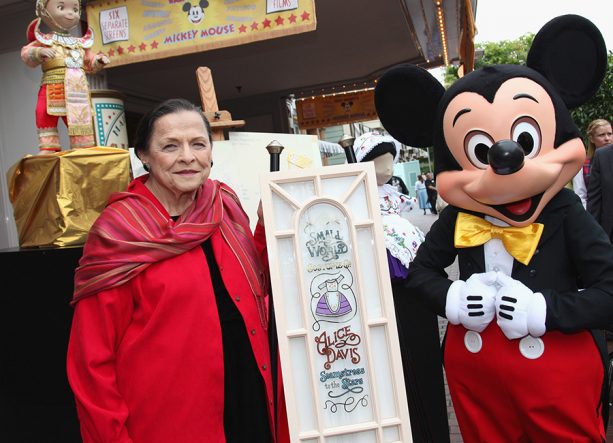 Walt Disney recruited Alice Davis to work on “it’s a small world,” where the talented designer would create more than 150 intricate Audio-Animatronics costumes in less than a year’s time. Alice researched the 26 countries and crafted designs that represented each, while reflecting the animation sketches drawn by her husband and fellow Imagineer, Marc Davis, and the palette developed by art designer Mary Blair.

Alice and Marc worked together again as Alice took his designs from sketch to show with the costumes she created for Pirates of the Caribbean. Her designs in both attractions remain to this day, contributing to the staying power of these two legendary Disneyland attractions. For these and many other contributions, Alice’s legacy was cemented with a window dedication on Main Street, U.S.A., in 2012. 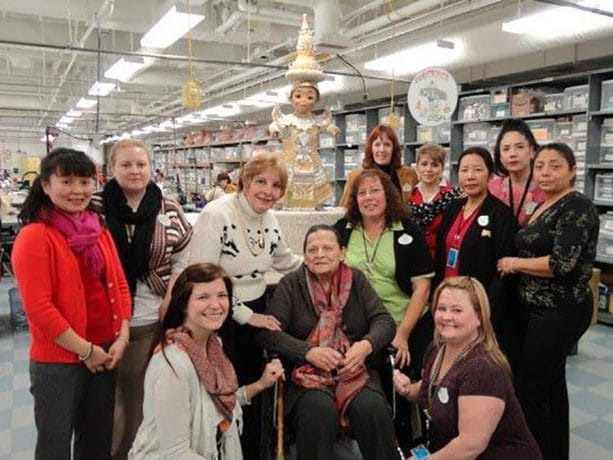 Alice was in attendance during the dedication ceremony –– as was current Cast Member Maureen Townsend, whose team maintains the Audio-Animatronics costumes that Alice designed. In fact, Maureen helped choose the purple Balkan dress from “it’s a small world” that was painted on Alice’s window.

“All of us in Costuming adore Alice. She was a pioneer, an inspiration and a mentor. It’s breathtaking when you look at the scope and the detail of her work,” said Maureen, whose team carefully preserves Alice’s original swatch books as a way to “archive history” and maintain the integrity of the costumes.

“With other attractions, you ride for the thrills, the movement. But with ‘it’s a small world,’ people go to see the costumes and the sets, the beauty and history and how their own heritage is represented,” Maureen said. “It’s our job to pass the beauty and history, which Alice so beautifully brought to life, on to future generations — and we take that responsibility very seriously.”