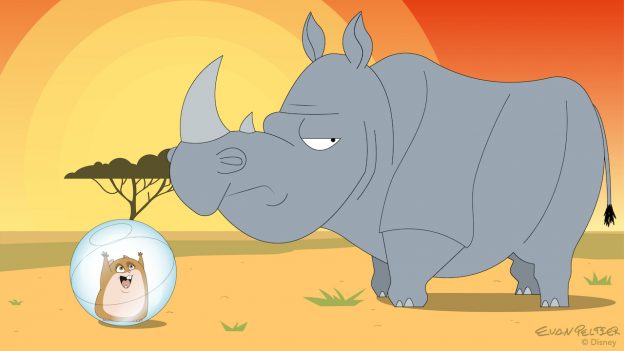 In the 2008 film “Bolt,” Rhino the hamster is a super fan of Bolt and Penny’s show, and helps Bolt and Mittens navigate through their crime-fighting journey. By the end of the film, his bravery is rewarded when he’s adopted by Penny.

Up for adventure, Rhino is the focus of this weekend edition of Disney Doodles. Here, artist Even Peltier imagines Rhino visiting the savanna at Disney’s Animal Kingdom where he meets his namesake – one of the park’s white rhinos!