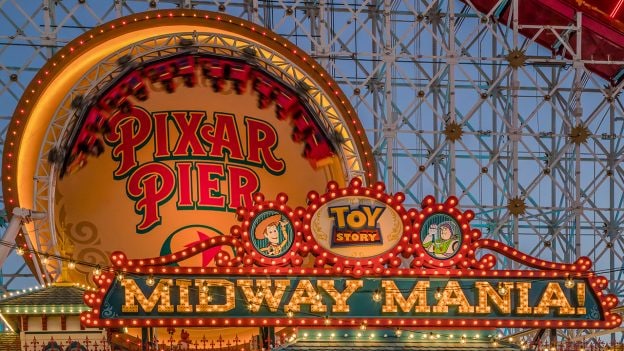 There are quite a few things to discover in Pixar Pier’s Toy Story Boardwalk. You’ll shrink down to the size of a toy on the fan-favorite Toy Story Midway Mania! At Poultry Palace, big appetites and small fries alike can enjoy a fun chicken meal inspired by Pixar’s short, “Toy Story Toon: Small Fry.” You can also stop by Señor Buzz Churros, where Buzz has switched into Spanish mode to offer this classic treat.