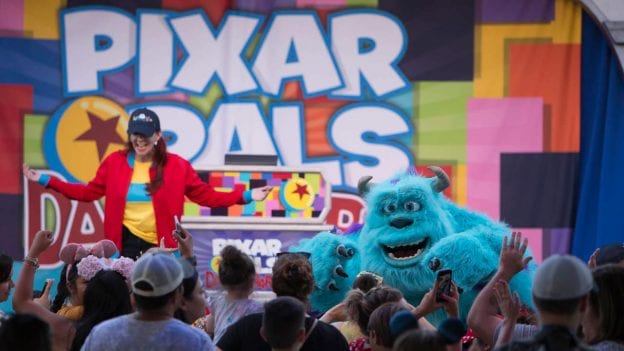 The first-ever Pixar Fest is taking place all across the Disneyland Resort, bringing the playful spirit of Pixar to life in a celebration of friendship and beyond, and we keep adding to the fun!

Each evening, you’re invited to drop in at Tomorrowland Terrace in Disneyland park for the Pixar Pals Dance Party. Hit the dance floor, as a DJ keeps things hopping, and you never know who may stop by! You could find yourself groovin’ alongside Mike and Sulley from “Monsters, Inc.,” Woody and Jessie from “Toy Story,” or even some Green Army Men getting a little R&R. The party gets going nightly at 7 p.m. and continues through 10:30 p.m.

With the Pixar Pals Dance Party, “Pixar Play Parade,” “Paint the Night” parade, “Together Forever – A Pixar Nighttime Spectacular” and so much more, you’ll want to check out everything going on during Pixar Fest, now through September 3 at Disneyland Resort!