This past weekend, Lamplight Lounge opened in Pixar Pier at Disney California Adventure park, celebrating the creativity, inspiration and personalities of the artists who bring Pixar stories to life. Not only does this new dining location offer table-service dining, gastro-pub cuisine and panoramic views of Paradise Bay, but Lamplight Lounge also serves as a tribute to Pixar storytellers—and in typical Pixar fashion, is full of special references and insider stories. Let’s take a closer look! 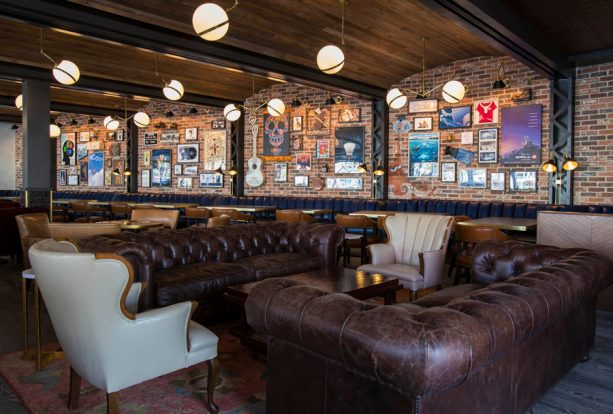 This stylish restaurant is inspired by the artistry and creativity of Pixar animators over the years. Renovated from an old warehouse factory, Lamplight Lounge boasts cool architectural elements like concrete and exposed brick walls that reveal its storied past—all while creating an airy, bright and eclectic ambiance. Guests will be excited to see a trove of Pixar treasures sprinkled throughout the California casual décor, including concept art, napkin sketches, knick-knacks, collectible toys and other mementos “left behind” by the filmmakers. 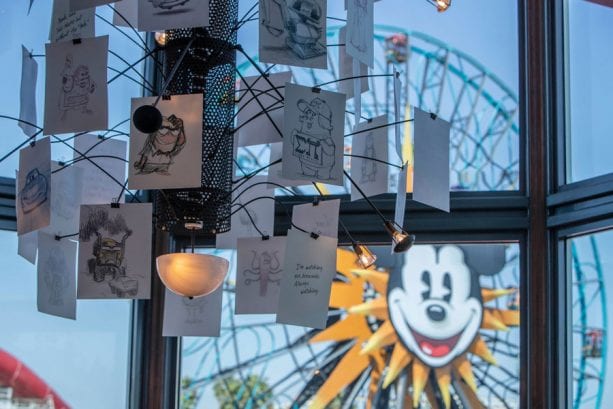 Guests who look “Up” will see a beautiful chandelier hanging from the ceiling at Lamplight Lounge. The chandelier features sketch artwork and film quotes from Pixar animated films, including “Coco,” “Finding Nemo,” “The Incredibles” and more. The design features blank pages at the top, to represent one of the most difficult stages in the design process—starting with a blank slate—along with character artwork from artists in several Pixar departments. You may notice a wall of t-shirts as you go downstairs, which represents a little-known Pixar tradition during production. The t-shirts on display are examples of the team shirts created during a film, celebrating accomplishments, humorous inside jokes or even a particular department’s influence on the film. 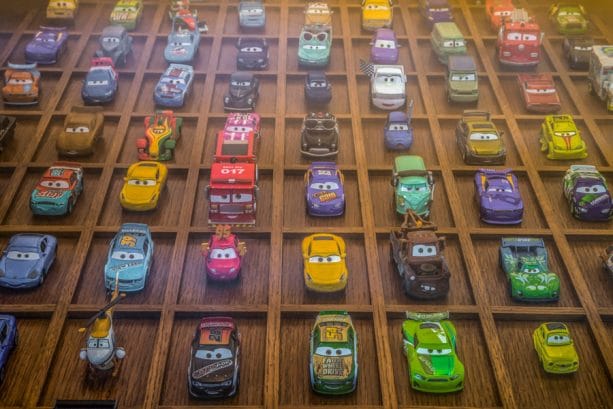 Many décor items at Lamplight Lounge are inspired by the creative interior design of Pixar Animation Studios’ campus where the artists bring playful details into their work day. For example, a dining table inside the restaurant closely replicates a “Cars”-themed table located in one of Pixar’s conference rooms. Die-cast toys created for the Disney•Pixar film “Cars” can be seen under the glass table top. 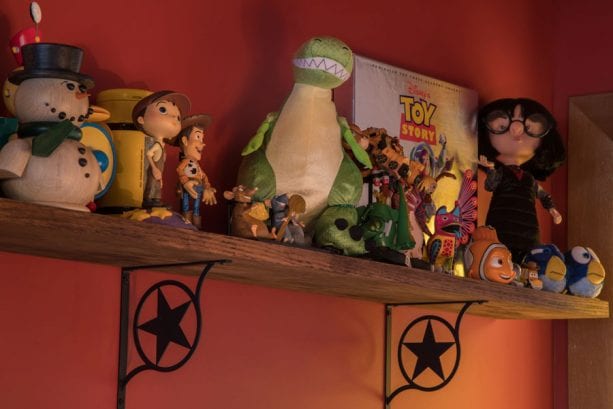 As most Pixar fans know, every toy has a story and the toys you’ll see around Lamplight Lounge are no exception. Above the “Cars” dining table, guests will notice shelves of toys that have been pulled from the Pixar archives. Below the toy shelves are examples of design comments and notes exchanged between Pixar and its toy manufacturing partners to ensure that the final product is as accurate as possible. Each toy goes through many rounds of notes in various forms, including drawings and creative reviews. 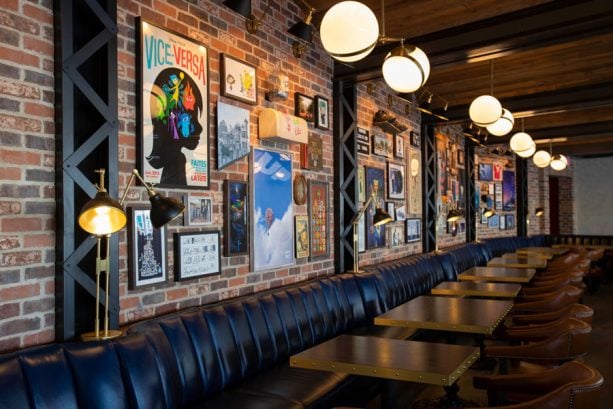 Guests will also discover some film-related memorabilia along the Lamplight Lounge art wall, including concept art, reference materials, props and physical renditions of artifacts from the Pixar films including “WALL•E,” “Toy Story,” and “Up.” 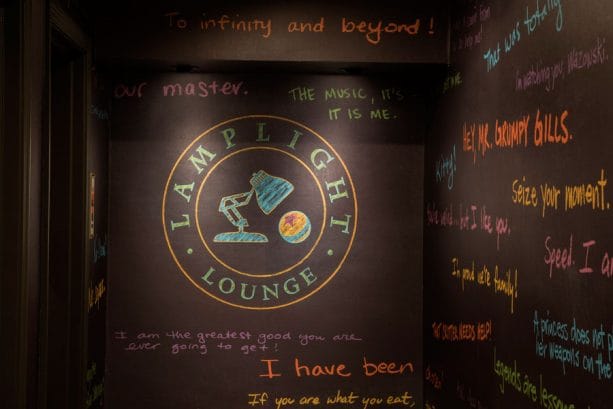 What are you most excited to see or taste at Lamplight Lounge?