When Toy Story Land opened at Disney’s Hollywood Studios earlier today, thousands of excited guests were ready and waiting to be among the first to “play big” in Andy’s backyard! 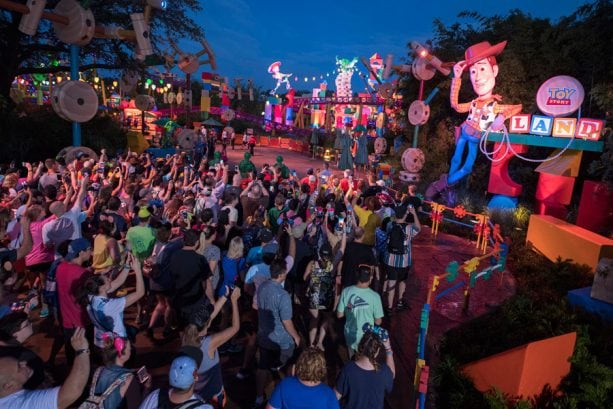 Excited guests flooded into the land, eager to ride on Slinky Dog Dash, spin on Alien Swirling Saucers, and play their way through Toy Story Mania! Also on many guest must-do lists: stop at Woody’s Lunch Box for a tasty snack, and of course, grab some character photos as well.

Check out the images above for a look at some of the first guests to ever step into the land.

Many guests also showed their enthusiasm for the land’s opening by wearing “Toy Story”-themed attire. Keep your eye on the Disney Parks Blog Instagram account later today for a look at some of the fun!