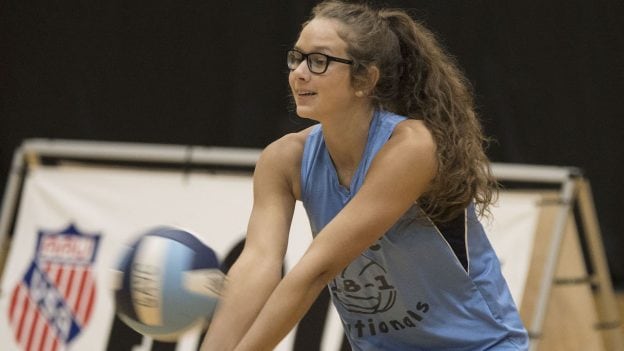 There are more than 40,000 volleyball players jumping and diving at Walt Disney World Resort these days during the AAU National Volleyball Championships. And whether you’re a volleyball fan or not, it’s hard to ignore this year’s event because of one special Tennessee teenager who, with the help of a little pixie dust, just might write her own storybook ending.

Sierrah Lemons is leading her AAU team toward a possible national title despite having vision in only one eye. Cancer robbed her of her right eye as a toddler, yet the 17-year-old has nevertheless become an inspiration to many by developing into one of the top high school volleyball players in Tennessee.

She has carried her AAU team to five tournament titles this season, leading everyone in blocks, serves and kills. And now, in her final year together with her AAU teammates, she has the squad set on winning its first national championship ever.

Check out this video that details her story and follow her throughout the tournament as she and her teammates try to make their volleyball dreams come true at the most magical place on earth.