It was an unusual sight at Disney Parks around the world this morning! Thousands of colorful yoga mats stretched out with a view of Disney castles and beloved attractions for group yoga sessions, all before the gates opened. 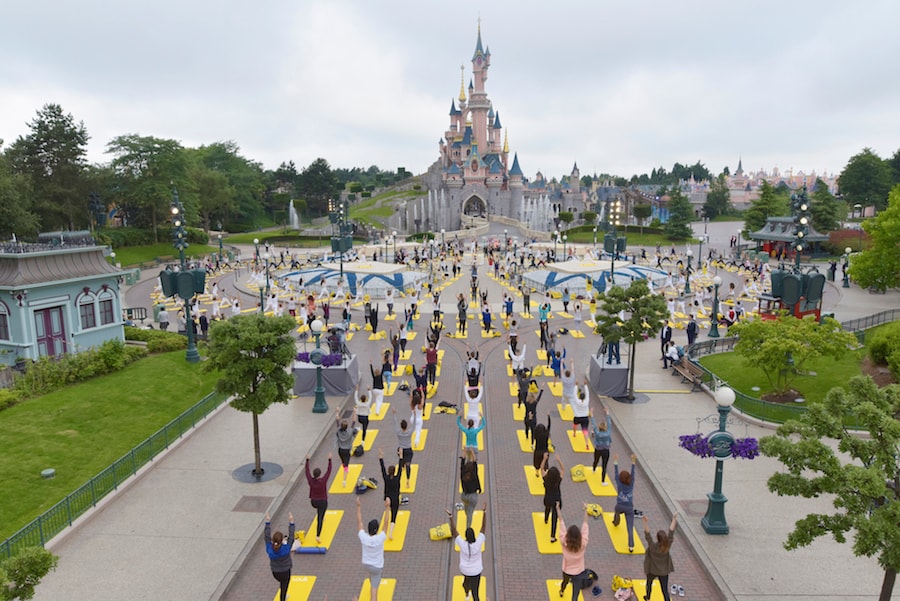 Take a look at the photos below for a rare glimpse at this early morning gathering that only comes around once a year! 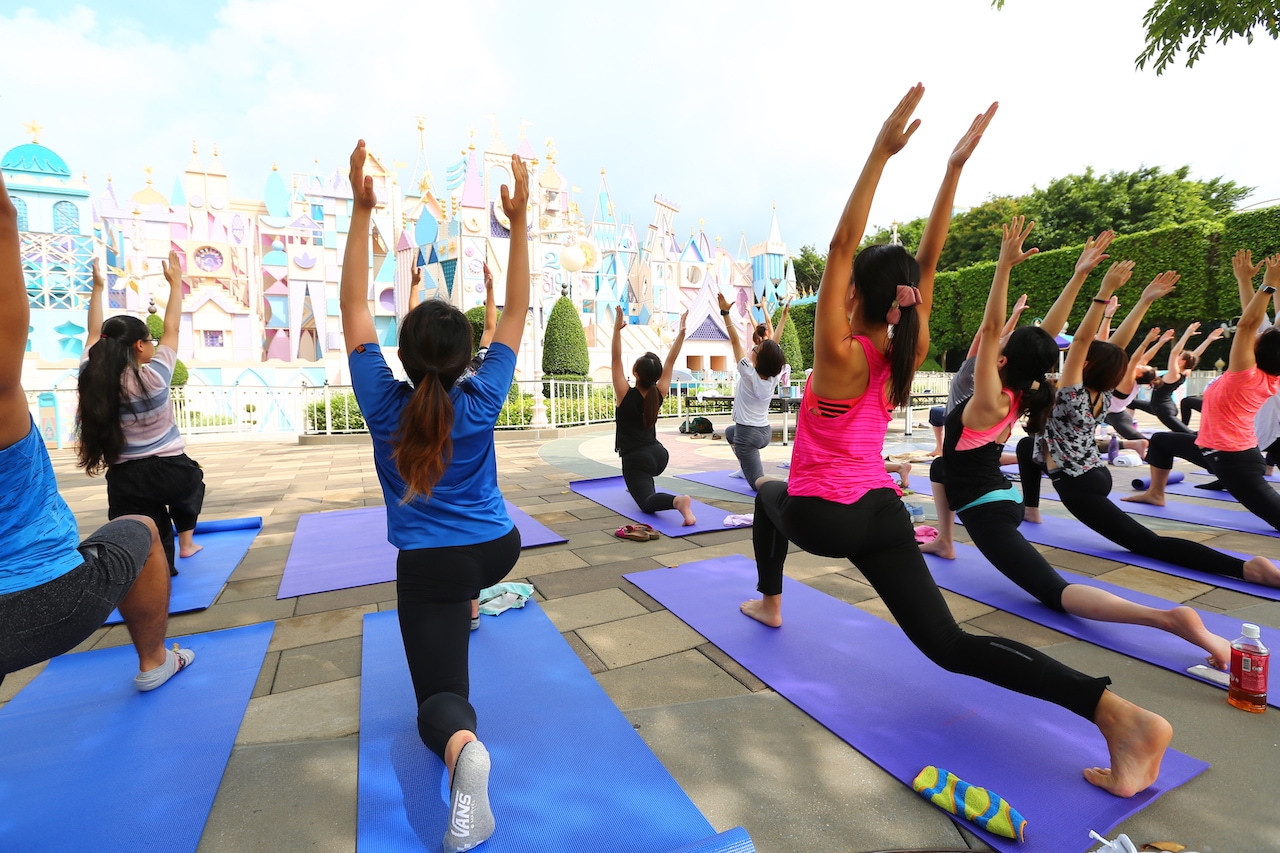 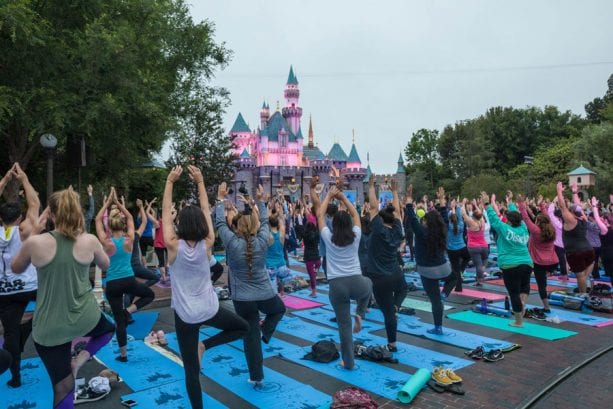 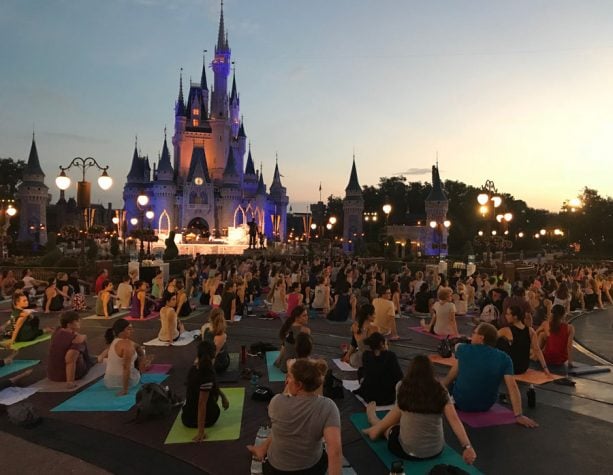