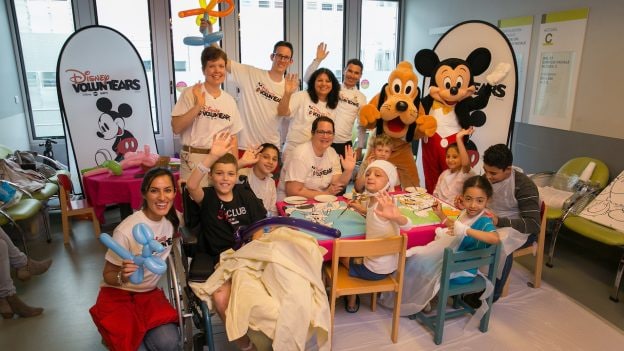 Turning a Moment into a Movement: Disney VoluntEARS Make a Difference During the Global Week of Service

During Disney’s first-ever Global Week of Service, Disney VoluntEARS worldwide transformed moments of kindness into an international movement with a lasting impact. Throughout the week, over 3,300 Disney VoluntEARS participated in dozens of events benefiting a wide variety of causes. Here are some of the amazing ways our incredible Cast Members brought the Global Week of Service to life.

In honor of National Cancer Survivor’s Day, Disney VoluntEARS kicked off the week at the City of Hope Annual Pediatric Picnic in sunny Los Angeles. Patients and families got creative at the Disney arts and crafts table, and beloved Disney characters made in-room visits to patients unable to make it to the picnic. 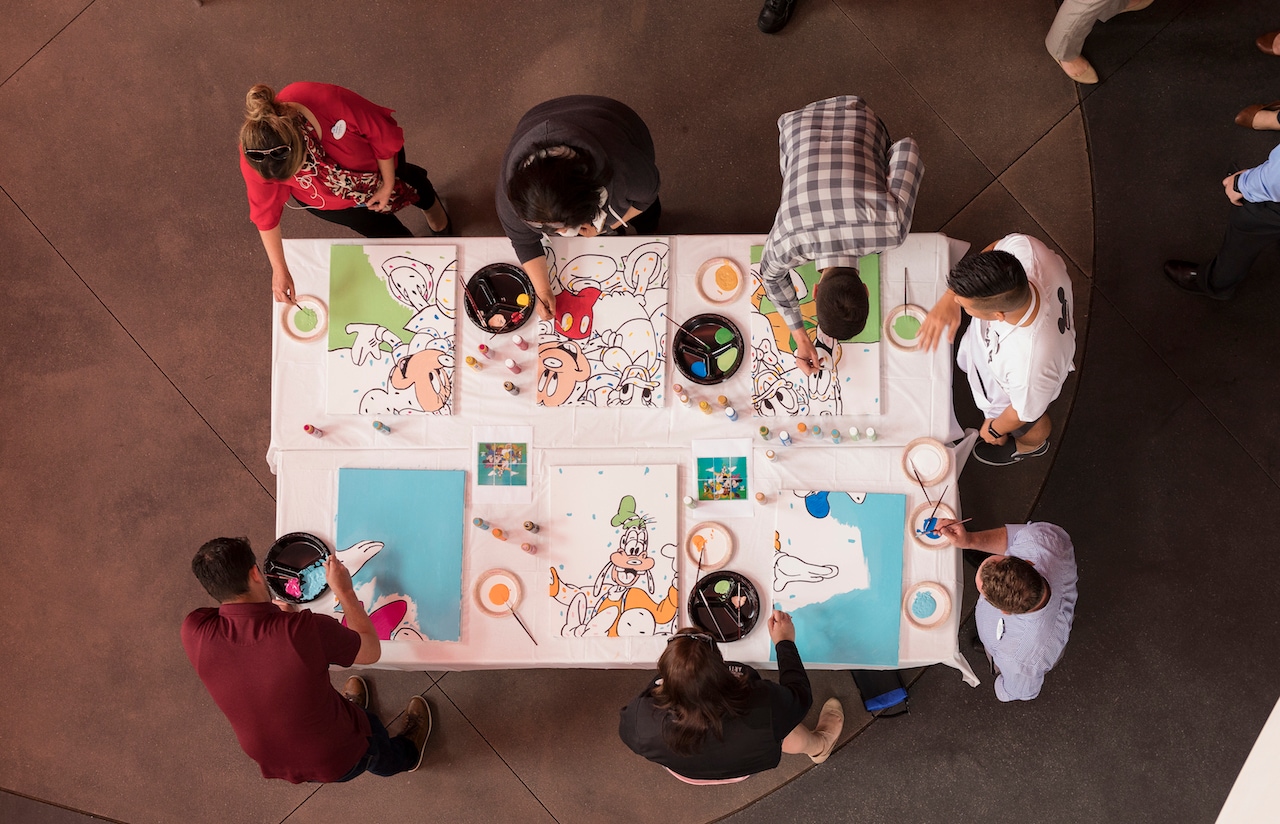 At Disneyland Resort, over 1,400 cast members participated throughout the week in various VoluntEARS activities, including the creation of two Disney-themed murals to be donated to the Children’s Hospital of Orange County and Mission Hospital.

Meanwhile VoluntEARS at Walt Disney World Resort packed emergency use comfort kits to be sent to Puerto Rico, assembled 10,000 meal kits for Rise Against Hunger and organized 40,000 books to be donated to local families. 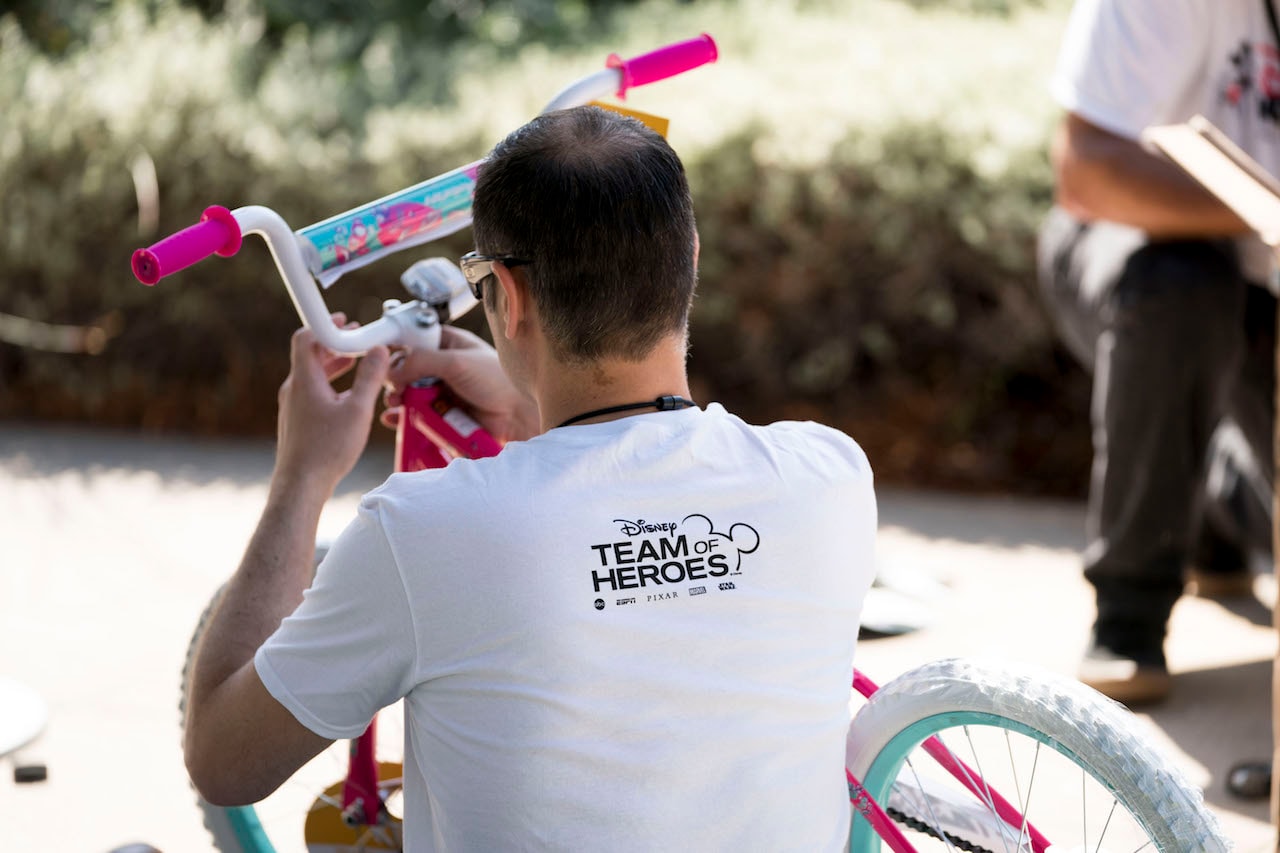 Back in California, Walt Disney Imagineers worked together to assemble bikes for foster care kids, stuff and dress Battalion Bears to comfort children of military personnel deployed overseas and fill Love by Bags to smooth the transition of children aging out of foster care. 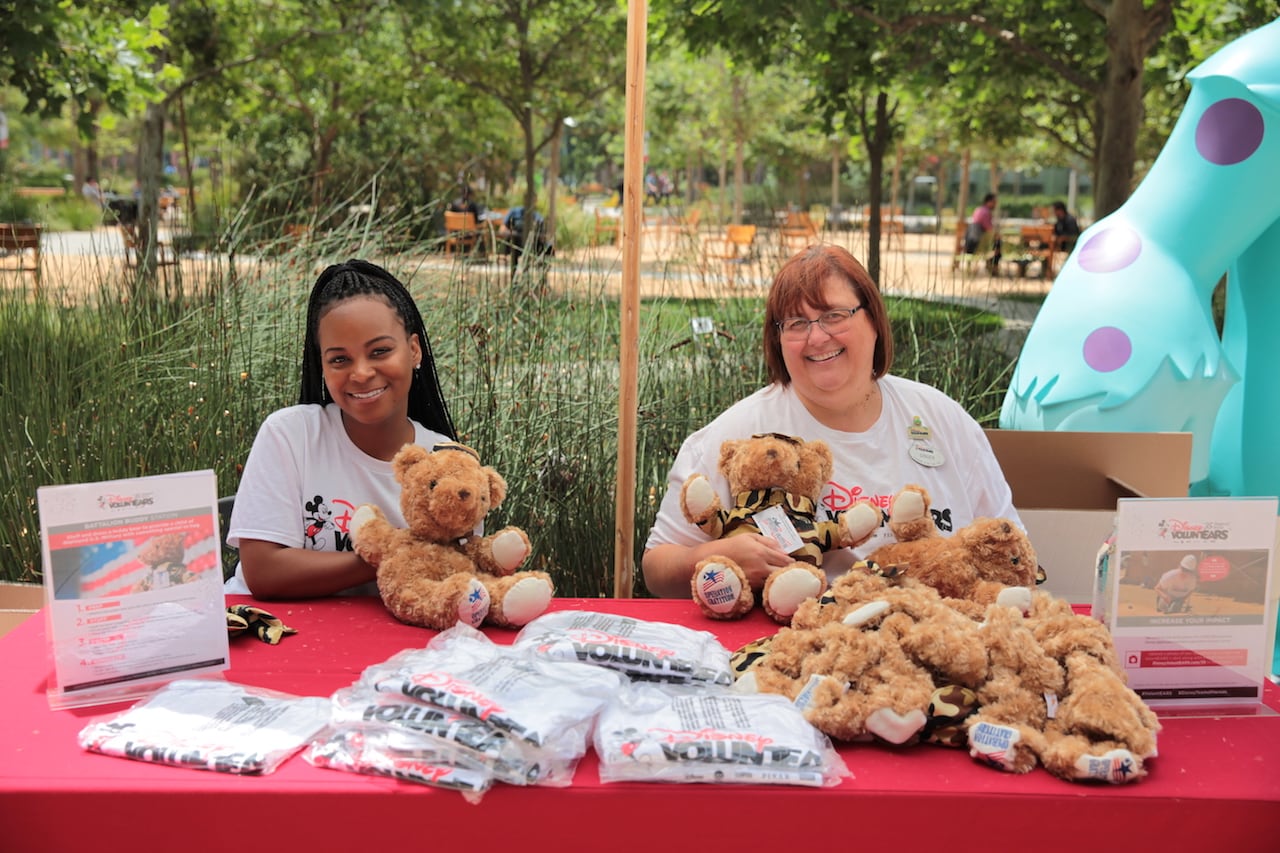 Down the street from Walt Disney Imagineering, cast members at the Glendale Creative Campus stuffed teddy bears for the children of U.S. Military service personnel, decorated bagged lunches for the hungry and homeless around Los Angeles and packed nearly 1,000 comfort kits for U.S. children living in poverty. 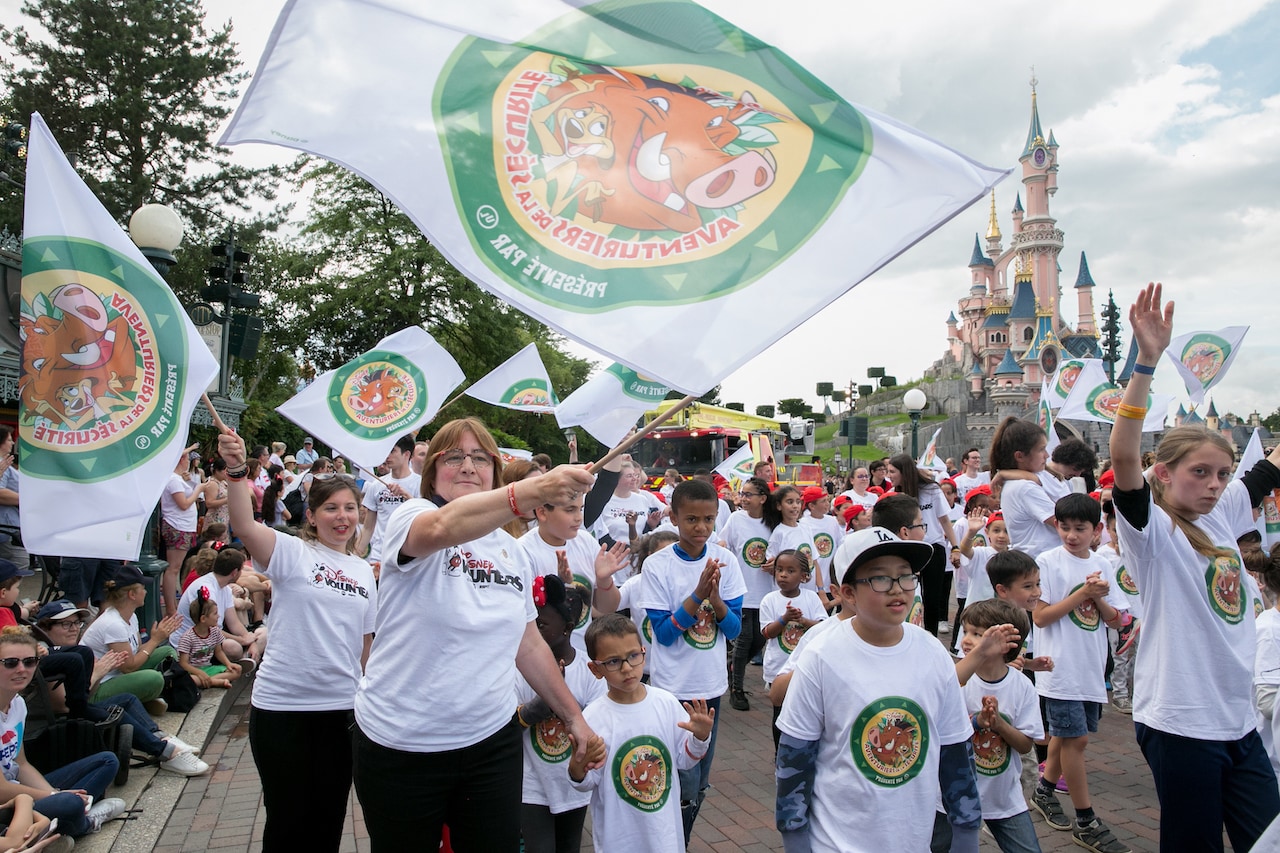 At Disneyland Paris, Disney VoluntEARS spread the joy by preparing more than 30,000 meals to be distributed to families in need, and bringing Disney characters to visit children at the Hôpital Necker. Children were invited to participate in “Wild about Safety,” an educational day in the park that began with a parade down Main Street alongside Timon, Disney VoluntEARS, firefighters and a real fire truck!

Disney VoluntEARS at Aulani made a difference for their kaiaulu – their community – by serving at a Foodbank on Oahu. Crew members aboard the Disney Magic, Disney Dream and Disney Wonder disembarked to paint Disney-themed murals for local hospitals, and sort 2,625 books and 5,000 pounds of food for Brevard County, Florida. 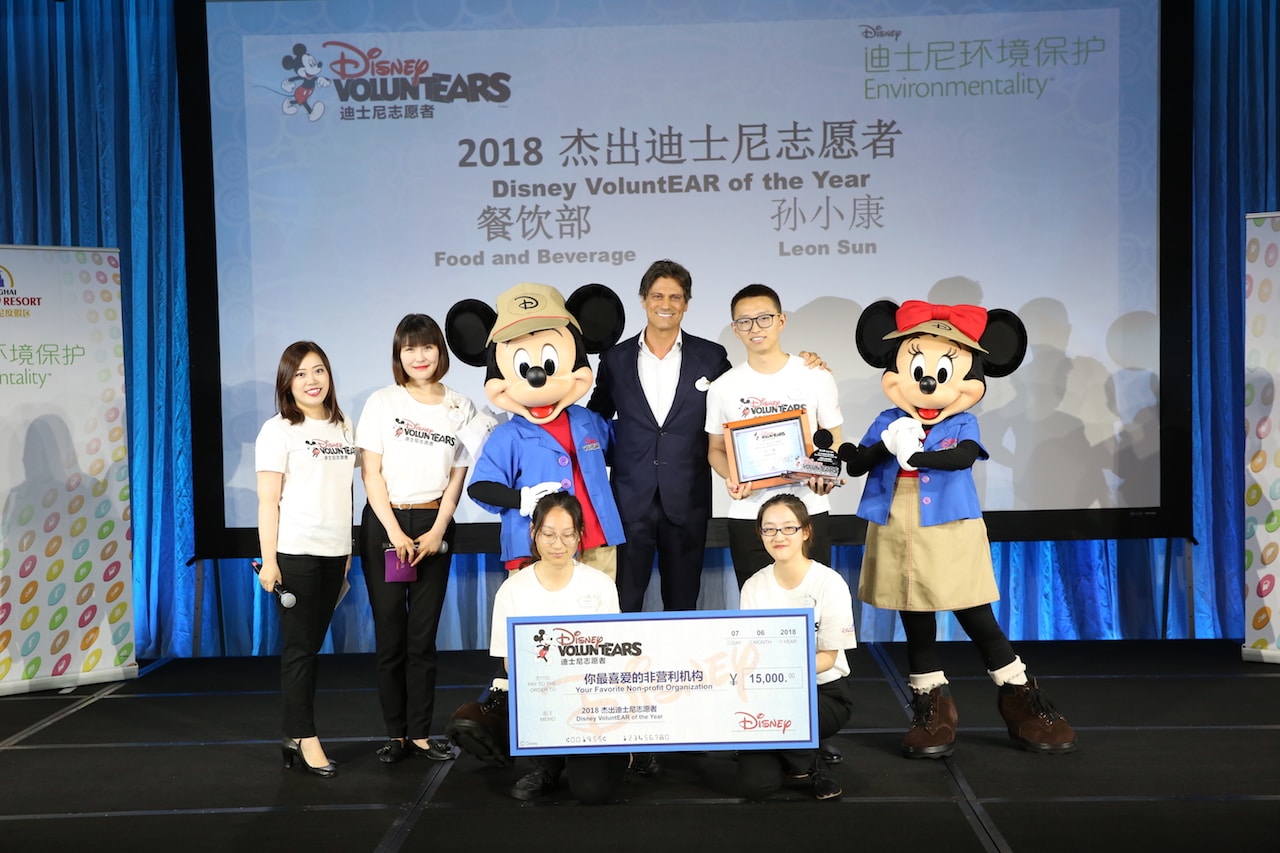 Disney VoluntEARS at Hong Kong Disneyland planned to pack 50,000 meals for those in need, but due to an overwhelming number of cast members who signed up to participate, the team managed to pack 60,000 meals instead. Shanghai Disney Resort VoluntEARS packed school bags for children in Sichuan during the 2018 Annual VoluntEARS & Environmentality Award Ceremony. The VoluntEARS of the Year were awarded with the chance to donate to a charity of choice.

Congratulations to all Disney VoluntEARS who participated in the Global Week of Service. And if you want to get involved, check out the new Disney Family Volunteer Reward program – schools and nonprofits can be rewarded with Disney Parks tickets for hosting their own family volunteer events!

Likes (0)
Share Turning a Moment into a Movement: Disney VoluntEARS Make a Difference During the Global Week of Service