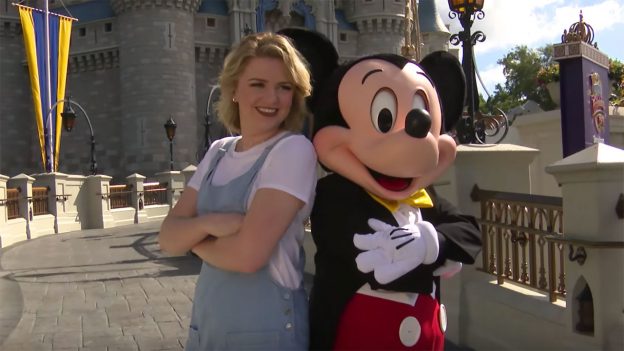 The Disneyland Resort in California was one of the first places Maddie Poppe visited after becoming the next “American Idol.” And, just two weeks later, she took a break from a hectic schedule to enjoy “a girl’s trip” to Walt Disney World Resort with her mom, Tonya, and sister, Hannah.

We first met Maddie during this season of “American Idol” when the show celebrated its first Disney Night, as she taped segments for the episode at Disneyland. After her win, she returned to the Resort, where she surprised a Disney Performing Arts Visiting Choir. Now, she just completed her first visit to Walt Disney World, where she finally met Mickey Mouse – and, admitted he left her “a little star struck.”

Maddie’s first single, “Going Going Gone” is already climbing the charts, and she’ll join the rest of “Idol’s” Top 7 when the begin their nationwide tour on July 11th.

Check out the video of Maddie’s visit to Walt Disney World Resort, below!