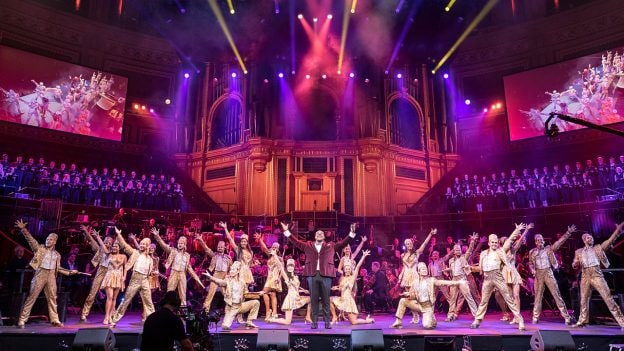 And the Emmy goes to… “Disney’s Broadway Hits at Royal Albert Hall!”

At this year’s Daytime Emmy Awards, the award for Outstanding Directing – Special Class was presented to Director Jay Hatcher, part of the Broadcast Production team at Walt Disney World Resort. “Disney’s Broadway Hits” was also honored with an Emmy in the category of Outstanding Sound Mixing. This spectacular show was the result of a long-standing collaboration between Jay and his team at Disney Parks Live Entertainment and Jeff Lee and the Disney Theatrical Productions team in New York. 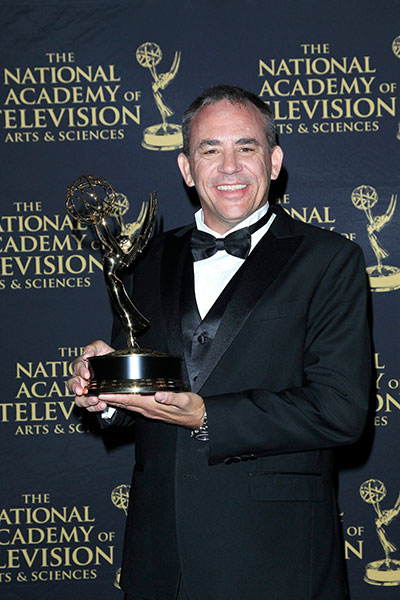 “Jeff and I had worked together previously on several concert events, bringing the magic of Disney on Broadway to our parks and our ships,” said Jay. “For us to have the opportunity to bring that into people’s homes, we took that responsibility very seriously. And to be recognized at the highest level for our efforts is a complete dream come true.”

“Disney’s Broadway Hits,” celebrating two decades of stage musicals from Disney Theatrical Productions, was a concert performed live in October 2016 at London’s Royal Albert Hall and broadcast on the Sky Arts Television Network, as well as BBC Radio 2’s Friday Night is Music Night. The concert included highlights from Broadway musicals “Beauty and the Beast,” “The Lion King,” “Aida,” “Tarzan,” “Mary Poppins,” “The Little Mermaid,” “The Hunchback of Notre Dame,” “Aladdin,” “Frozen” and “Newsies,” with performances by a number of Disney stage veterans.

The show also featured an appearance by Tony Award and eight-time Academy Award winner Alan Menken, accompanied by the 74-piece BBC Concert Orchestra. In presenting the show for television, Jay and the team leveraged 20 unique camera angles to create a sense of actually being there for the performance.

“Disney’s Broadway Hits at Royal Albert Hall” is currently available on the BroadwayHD streaming service, and you can catch another great collaboration between Disney Theatrical Productions and Disney Parks Live Entertainment when the Disney on Broadway Concert Series returns to the Epcot International Festival of the Arts in January 2019.