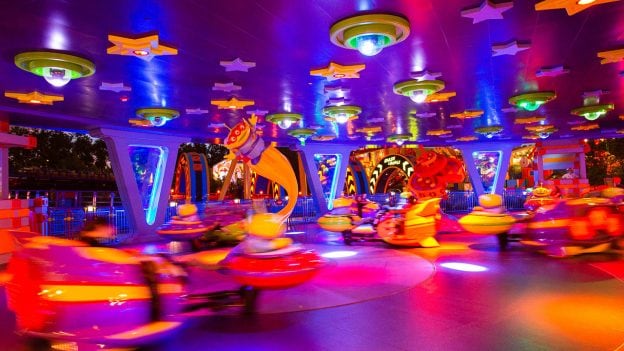 Toy Story Land is now open – and one attraction that sends guests spinning is the new Alien Swirling Saucers.

At Alien Swirling Saucers, which is an attraction that’s been designed to look like a toy from Pizza Planet and placed in his backyard next to his Buzz Lightyear’s Star Command playset, Aliens fly around in their toy flying saucers while “The Claw” appears overhead. As you whirl around the toy planets and space stations as part of the game, you’ll swirl to the beat of a fun electronic space music soundtrack that includes eight songs that may sound familiar, but will be heard in a quirky way you’ve never experienced before. Guests will also see pizza details throughout the attraction, including pizza columns, a pizza space station and the Planet Pepperonia. 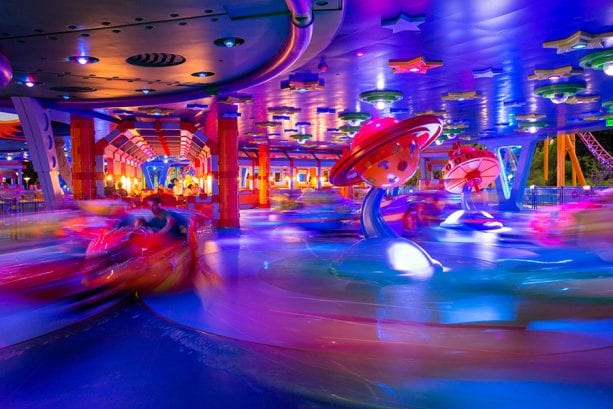 At night, the attraction comes to life in a whole new way, with bright colors lighting up the night.