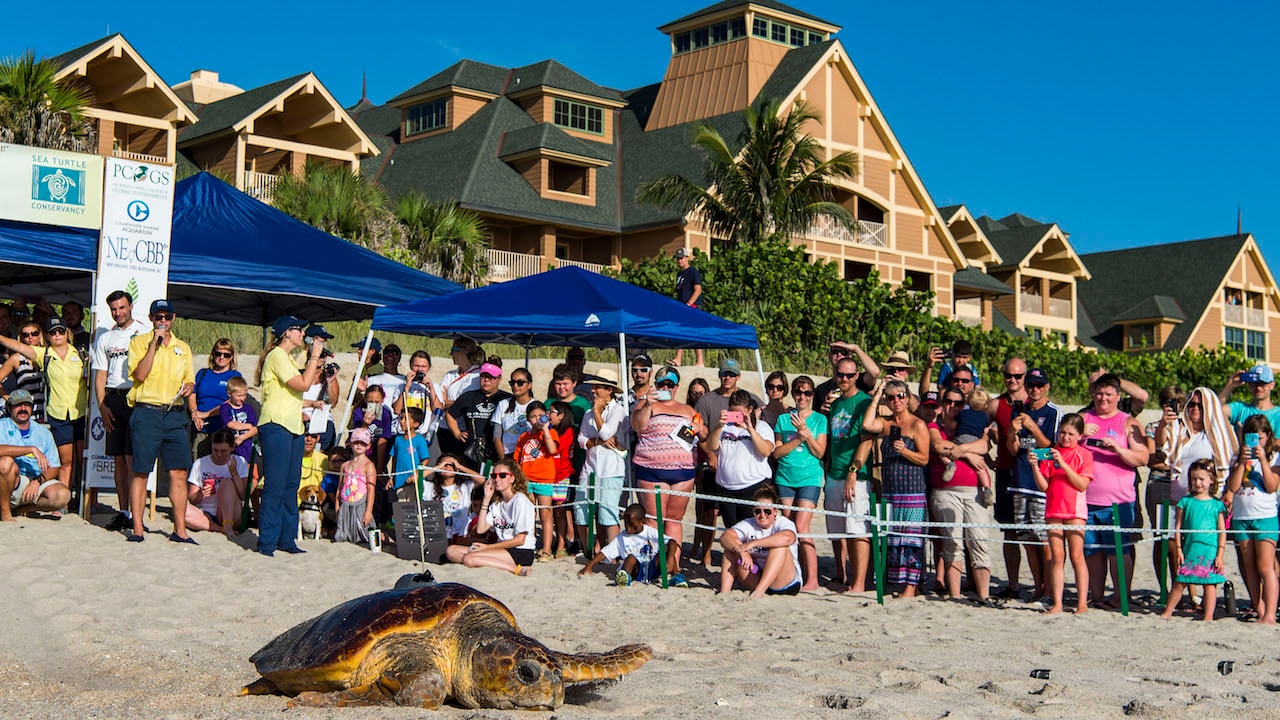 The 11th annual Tour de Turtles at Disney’s Vero Beach Resort is nearly upon us!

This year’s event, which will take place at the resort on July 28, will again team up our Disney’s Animals, Science & Environment Team with the Sea Turtle Conservancy to celebrate two loggerheads’ great migration and track their journey from nesting on the beach to their foraging grounds. As part of Disney’s overall commitment to sea turtle conservation, the team regularly monitors sea turtle nesting activity on several miles of beach near Disney’s Vero Beach Resort, which happens to be one of the most active sea turtle nesting areas in Florida.

Today we’re happy to share that this year’s Tour de Turtles will take on a Toy Story Land theme. Just as guests at Disney’s Hollywood Studios are invited to “play big” in Andy’s backyard, conservation efforts at Disney’s Vero Beach Resort encourage guests to care for those animals – big and small – who live in their own backyards.

This year, the Disney Parks Blog is sponsoring the event and we want all of our readers to have the chance to vote for a “Toy Story”-inspired name for the two turtles who will be released.

Stay tuned to the Disney Parks Blog in the coming weeks for more information about the Tour de Turtles event, the winning names, and a live stream of the turtle release!