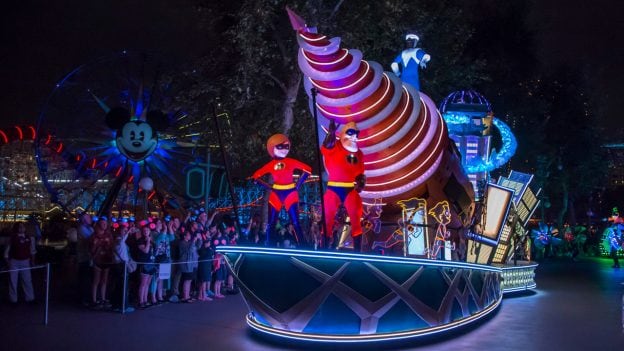 Our #DisneyParksLIVE stream of “Paint the Night” parade at Disney California Adventure park has just concluded – but you can still catch the replay below.

The electrifying “Paint the Night” parade features beloved Disney and Pixar characters and stories in Disney California Adventure park. More than 1 million brilliant lights, high-energy music and cutting-edge special effects create a dazzling parade experience for guests. The new float inspired by the Disney•Pixar films, “The Incredibles” and “Incredibles 2” is already a fan highlight, showcasing the super powers of the Parr family and their pal Frozone through dynamic and innovative visual technology.

Lastly, we are also happy to share that “Paint the Night” parade, as well as “Pixar Play Parade” have been extended past September 3.