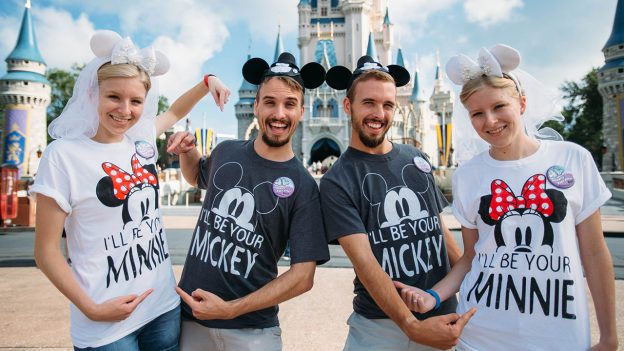 If you thought you were seeing double yesterday at the Magic Kingdom, think again. Identical twin couples from Michigan spent their honeymoon week with a stay at Walt Disney World Resort. 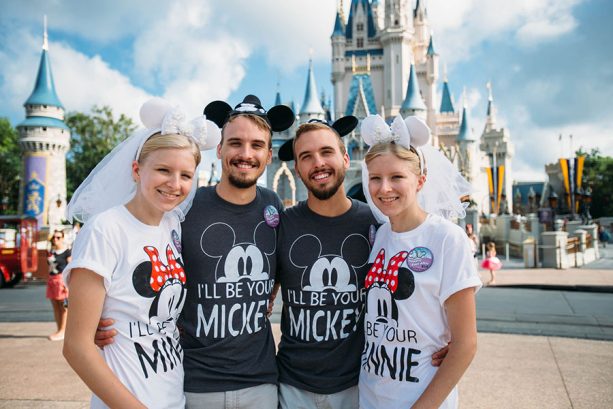 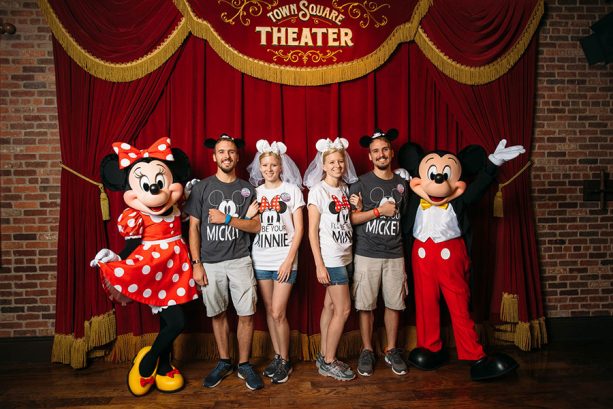 After sharing a reception in Michigan they traveled to Walt Disney World Resort to honeymoon at the top-rated honeymoon destination. The newlyweds donned bride and groom mouse ears and matching shirts and had a fun day exploring the Magic Kingdom. It was the first-ever visit to Disney for the Lewan brothers and the gals were thrilled to show them all around the Vacation Kingdom. Throughout their stay they also checked out Pandora – The World of Avatar, Kilimanjaro Safaris and Disney Springs, but said the highlight was a meet and greet and congratulations by Mickey Mouse and Minnie Mouse.

Take a look as we captured their two love story.