This week, Disney Parks Blog readers were among the first to learn that another hyper-reality experience from a beloved Disney universe is coming: a one-of-a-kind, original adventure based on the upcoming Walt Disney Animation Studios film “Ralph Breaks the Internet” in theaters November 21.

Many of you remember that this past winter, the groundbreaking hyper-reality experience Star Wars: Secrets of the Empire by ILMxLAB and The VOID launched to rave reviews at both Disney Springs and Downtown Disney District. And soon (this fall) Ralph Breaks VR will put you inside a new multi-sensory Disney adventure where you’ll be immersed in the worlds of the internet and online gaming with Wreck-It Ralph and Vanellope.

Visit our original New Hyper-Reality Experiences to be Set in Disney Universes story for more details. 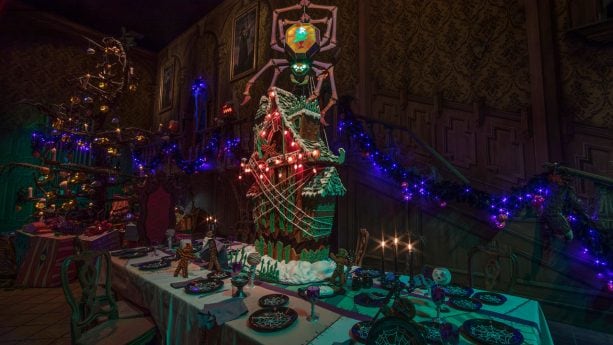 And we followed last week’s first look of the gingerbread house inside Haunted Mansion Holiday, a popular Halloween Time tradition at the Disneyland Resort, with a special behind-the-scenes look at how we brought this deliciously creepy creation to life!

Visit the Disneyland Resort to experience all of the happy haunts part of Halloween Time! Haunted Mansion Holiday is decked out for the horror-days through early January 2019.