Fore! This week, 24 of golf’s rising stars under the age of 18 teed off at Disneyland Paris for the 11th edition of the Junior Ryder Cup. The two-day competition commenced with a ceremony of presentation of the two teams – U.S. and Europe – at the heart of Disneyland Park before the players took to the putting greens at Golf Disneyland just east of Paris. 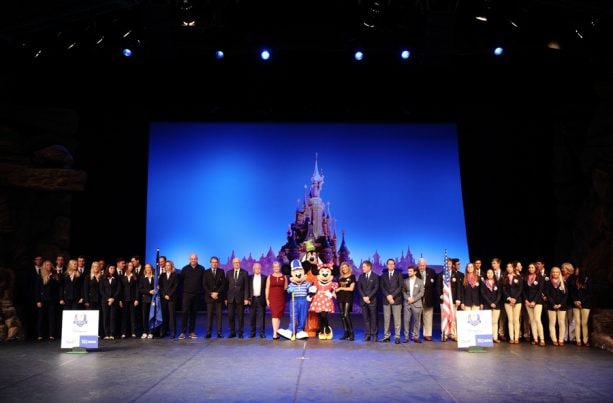 Founded in 2014, the Junior Ryder Cup precedes the Ryder Cup and consists of two 12-player teams, including both male and female players, representing Europe and the United States. The event is notorious for offering young golfers the chance to seize their moment and make a name for themselves on the fairways pre-Ryder Cup, like Rory McIlroy and Sergio Garcia before them.

The United States was crowned the winning team on Tuesday, marking their sixth straight Junior Ryder Cup victory. The skill and sportsmanship shown by both teams sets the stage for the 42nd Ryder Cup, which, for the first time in the biennial golf competition’s history, will be hosted in France this weekend.