There’s no party like a Mouse Party, and nobody knows how to throw one like the “leader of the club that’s made for you and me!”

Recently, Mickey Mouse arrived at the Shanghai Tourism Festival in style and on parade in a brand-new, festival-exclusive Shanghai Disney Resort float called “Mouse Party.” The new themed float marks the launch of World’s Biggest Mouse Party at the resort, celebrating 90 years of Mickey Mouse. The float features Mickey and his friends, including Pluto, Donald, Daisy, and Chip & Dale. 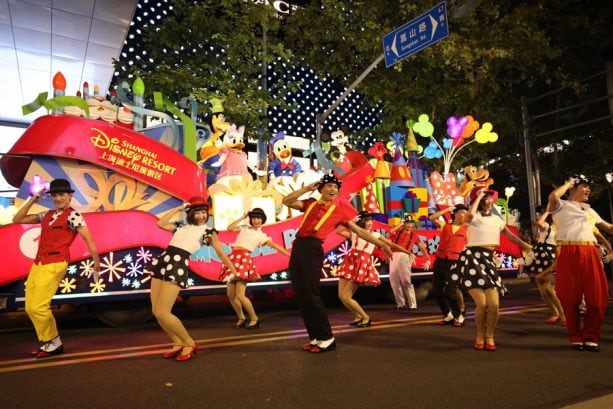 “Mouse Party” will dance its way across the city of Shanghai, sharing Disney magic with local residents and tourists alike. Along the way, Mickey and the gang invite everyone to celebrate Shanghai Disney Resort’s fifth consecutive year participating in the Shanghai Tourism Festival. The resort was recognized as an “Excellent Organizer” at the festival last year and received the honor of “Best Performance” in 2016.

The float’s final day of celebration on October 6th will mark the closing of the Shanghai Tourism Festival at Shanghai Disney Resort’s Disneytown – a first for the event and the resort.

So come along, sing a song, and join the jamboree as “Mouse Party” goes the distance to bring magic and memories across Shanghai!