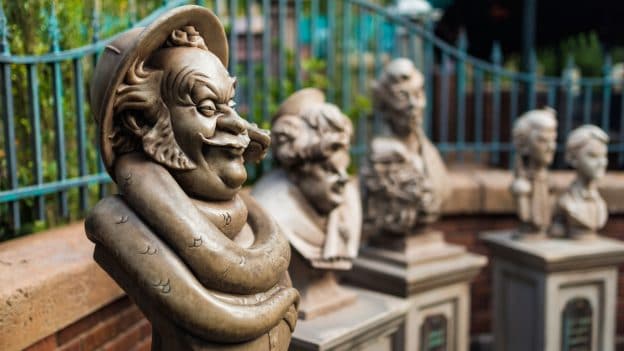 All in the Details: Can You Solve the Mystery of the Dread Family?

Today we’re sharing our final look at the Haunted Mansion at Magic Kingdom Park, in which we learn the story behind a family of busts that appears in the mansion’s cemetery. Not only does this family – the Dreads – feature a series of humorously unamused expressions – they also display a mystery right out in the open for guests to solve! 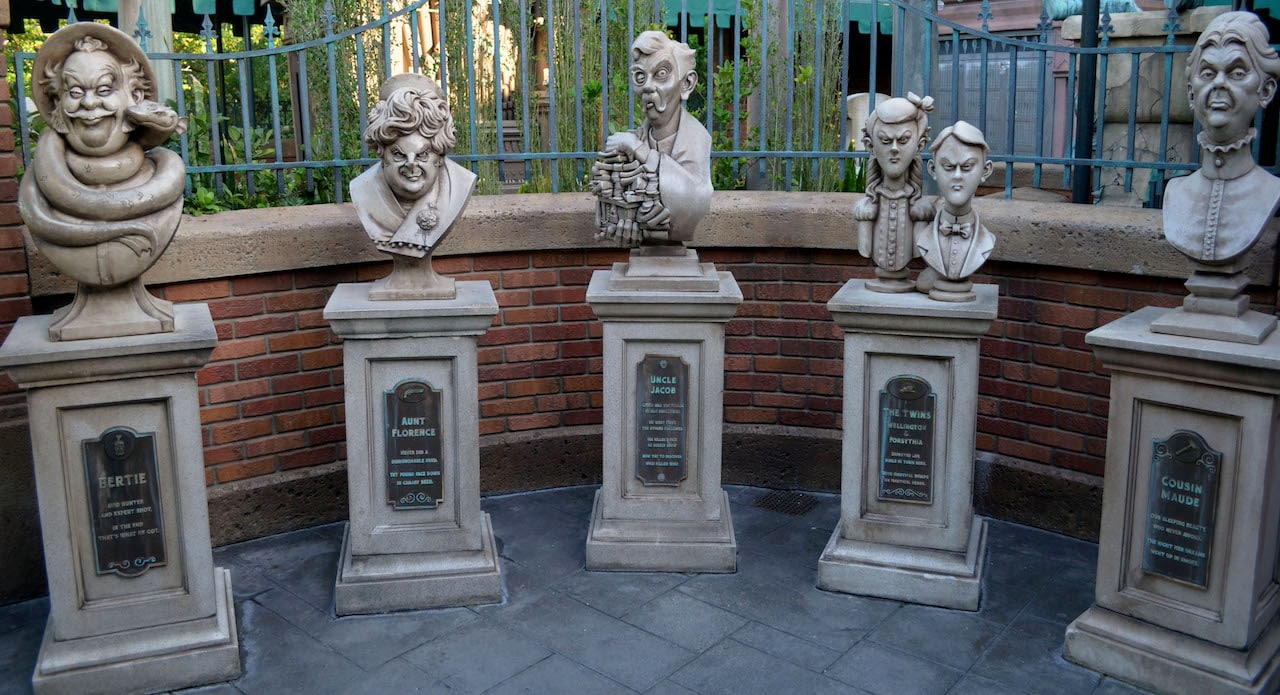 The tradition of busts appearing at the Haunted Mansion originated with the work of Disney Legends Marc Davis and Blaine Gibson in their original visual development of the attraction. According to Imagineer Steve Vagnini, there was once a plan to include a marble bust of the Ghost Host inside! In the version we know today, busts with wandering eyes follow you through the mansion’s library and come to life during the “swinging wake” in the graveyard.

In today’s video, provided by Walt Disney Imagineering, Imagineer Diana Brost lets us in on the storyline behind the Dread family, who appear as a family of busts in the cemetery. According to her, a murder mystery has been planted among the busts, ready and waiting for guests to solve. The Dread family was led by wealthy Uncle Jacob, who ended up succumbing to a mysterious poisoning. Guests who take the time to examine the smaller details of the busts and read the epitaphs underneath may be able to solve the mystery! According to Diana, guests who solve the mystery also may spot a callback to this storyline inside the mansion itself!

Check out the video above to hear all the “dreadful” details and see if you can solve the mystery on your next visit.

Want to learn more secrets of The Haunted Mansion? Check out the other videos in this series.

Likes (2)
Share All in the Details: Can You Solve the Mystery of the Dread Family?