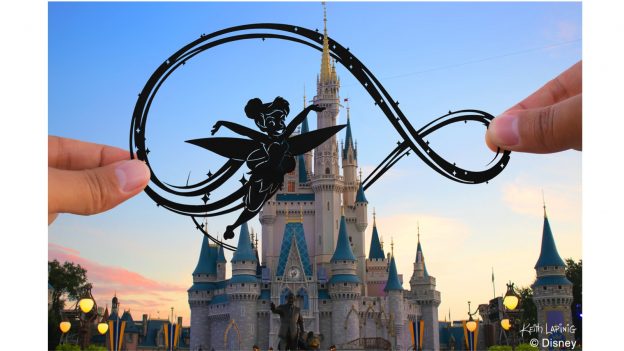 Today we’re kicking off a new biweekly series here on the Disney Parks Blog that features the imaginative artwork of Keith Lapinig, which combines intricate cut silhouettes of Disney characters with Disney Parks photography. The goal? To use beloved Disney characters to bring our parks’ attractions to life in a whole new way.

This first exclusive batch of Keith’s artwork was inspired by his recent visit to Magic Kingdom Park, where he created silhouettes of Tinker Bell, Cinderella and Fairy Godmother to play around Cinderella Castle, while Briar Rose explores a stream nearby. 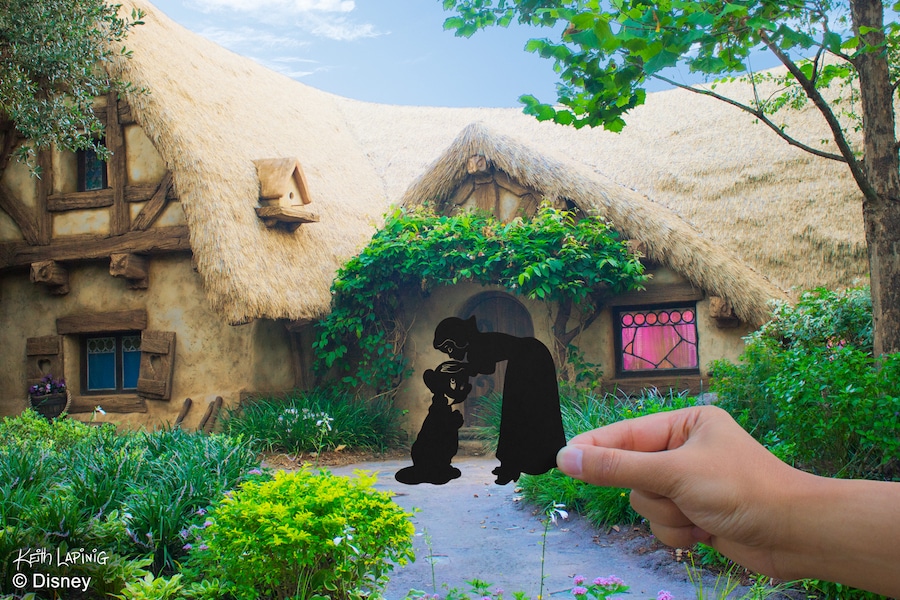 He also stopped into Fantasyland with silhouettes of best friends Winnie the Pooh and Piglet, and Snow White and Dopey, who look perfectly at home at their attractions.

Keith, a cast member who grew up loving to draw, experiment with new art technologies and visit Disney Parks, started his Disney career at World of Disney NYC on 5th Avenue. Around the same time he began working at the store, he bought an airbrush and learned to create custom Vinylmations. He later jumped into 3D printing and even created a full Hiro Hamada costume from “Big Hero 6.” His interests then grew into creating cut paper art, shadow boxes and silhouette pieces. 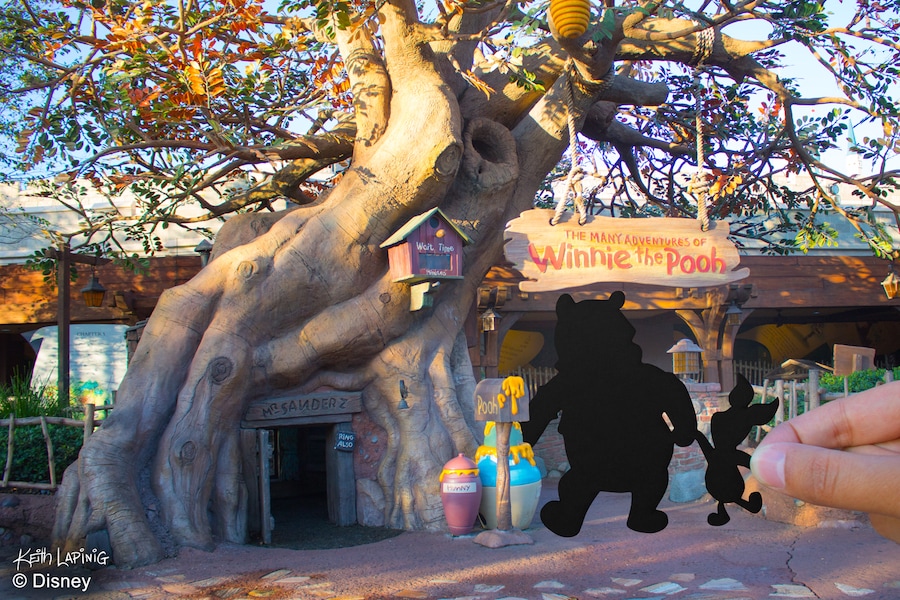 “In terms of inspiration, I’ve seen many people bring photographs of Walt Disney walking around Disneyland park [in Anaheim, Calif.] and try to match up the photograph in their exact locations,” Keith said. “I’ve also seen artists draw characters, in various poses like they’re playing tug-of-war, and cut them out. It’s not until they take a photograph of their hand with the paper in the scene when you realize it’s a cute setup of their hand playing tug-of-war with their art. Those were some of my inspirations that made me take my paper art to the Disney Parks.”

Now, Keith estimates it takes anywhere between three to six hours to design and create a single silhouette photo, depending on how intricate the design is. He starts each silhouette piece by first researching the creative possibilities an attraction or other theme park location has to offer.

“That research is either done in person with a fun day at the parks, or I use the internet to scour through people’s unique shots around the Disney Parks,” he said. “Once I have a location in mind, I can decide which Disney characters would go great in that scene. The hardest part of the process is taking a character and trying to maintain their integrity that the viewer will still recognize the character in silhouette.”

Keith then cuts the silhouette and takes it to the theme park to be photographed, a step that can take a while, especially on a busy theme park day.

So far, Keith has produced and released dozens of designs on his own social media accounts. He lists the first silhouette piece he ever created – Maleficent at Sleeping Beauty Castle at Disneyland Park – as his favorite, but adds that some of his newer favorites have yet to be released – and will soon be, right here on the Disney Parks Blog.

“I’m only getting better and better at this craft as I, admittedly, am new to the world of photography,” Keith said. “I’ve seen myself improve in just a few months, and that’s what I love about being an artist. I’ll never get complacent with my talents – I always see room for growth and aspire for it. I hope everyone stays tuned for more!”