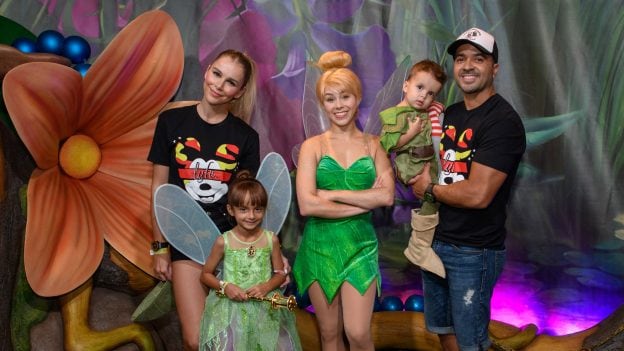 Luis Fonsi is not your typical papa, and he proved it when he visited Walt Disney World Resort last week with his family. Luis’ wife Agueda dressed up as Wendy, daughter Mikaela as Tinker Bell and his son Rocco was Peter Pan! Aren’t they adorable?

Before the party started, they met Tinker Bell. They then changed into their costumes to meet the inspiration for Luis’ costume, Captain Hook! Followed by plenty of trick-or-treating at Not-So-Scary!

Let’s take a look at Luis’ visit! You can see the Spanish version aquí.

Recuerda, for Mickey’s Not-So-Scary Halloween Party nights, partygoers of all ages can dress in costume (guidelines here) and trick-or-treat throughout the park. The event requires a separate ticket that can be purchased here and is available on select dates through November 1st.

Who are you dressing up as for Mickey’s Not-So-Scary Halloween Party?