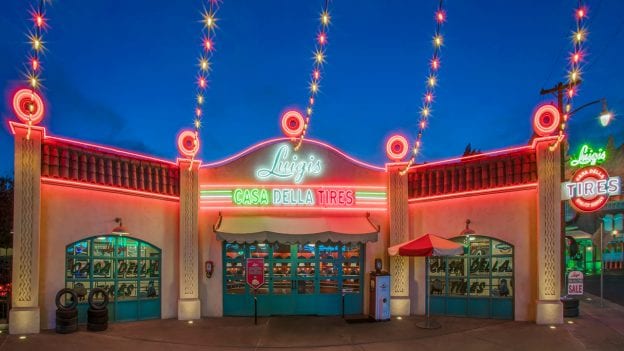 Benvenuto! Hop in, cousin, and buckle up while we take a closer look at Luigi’s Rollickin’ Roadsters at Disney California Adventure park. This attraction takes you through Luigi’s Casa Della Tires, before heading out to the dance floor where Luigi’s cousins have put on their dancing tires and let loose. Don’t race through the queue or you’ll miss some neat details! 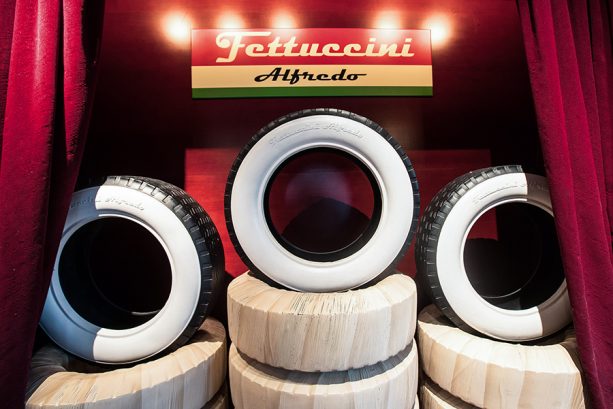 It’s not called Casa Della Tires for nothing! Luigi has all his finest and favorite tires on display in the tire showroom, including Lightyear Radials, Tortellini Tires and Fettuccini. Keep an eye out for all the different brands! 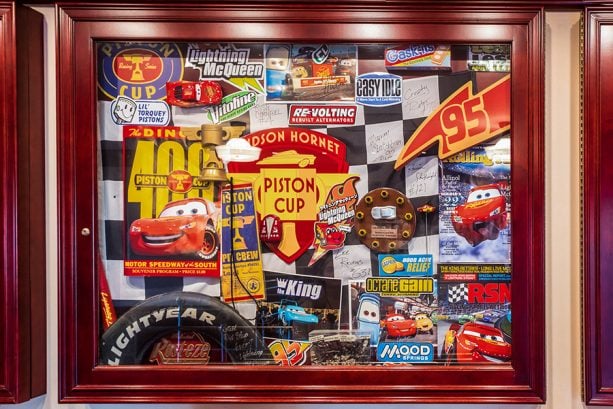 As you leave the tire gallery, look across the way where Luigi and Guido have three boards full of memorabilia. It’s no surprise that Luigi is a huge Lightning McQueen fan – he and Guido were part of Lightning’s pit crew at both the Piston Cup and the World Prix. Luigi has even kept issues of magazines like Rolling Tire and RSN where Lightning is featured on the cover. If you look closely, you might spot memorabilia from around the world! 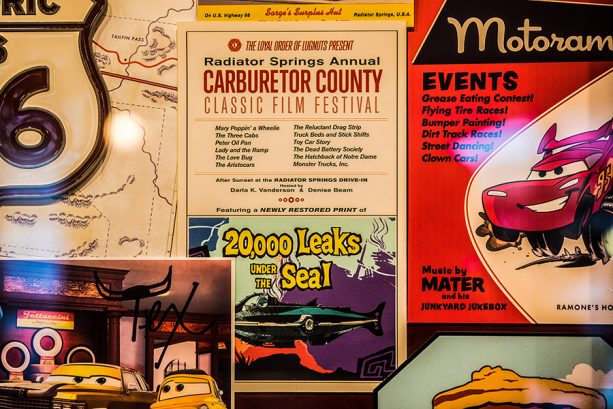 While it is clear that Luigi loves Italy, he’s made a home in Carburetor County and kept many mementos from his time in Radiator Springs–including a sign for Route 66 and a flier from the Carburetor County Classic Film Festival where they played movies like “Mary Poppin’ a Wheelie” and “Monster Trucks, Inc.” 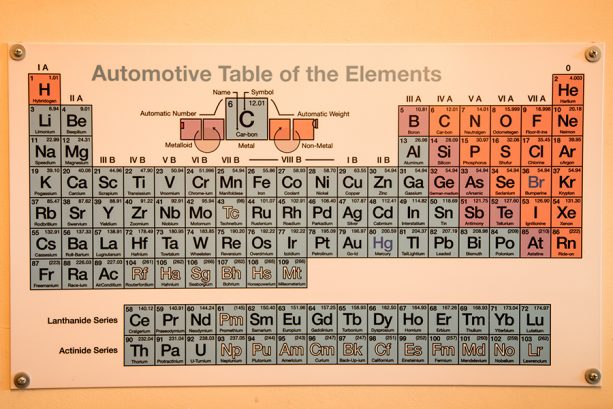 As you exit the building and enter the patio area, take a peek at Luigi’s office. He has all sorts of fun décor scattered about, like the Italian flag, postcards from around the globe and even an Automotive Table of the Elements. Some elements to note are Vroomium, Car-bon, Bumperine and Towtalum. 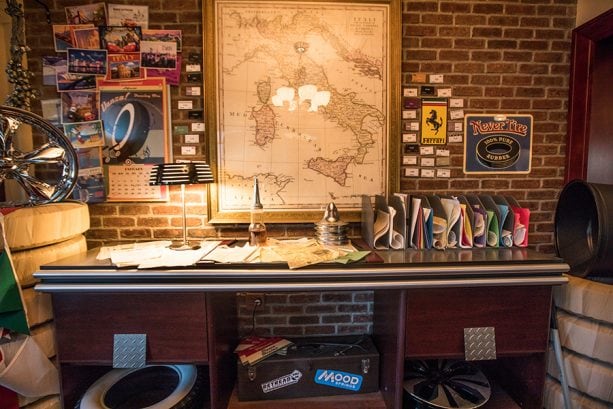 Luigi’s desk is full of nods to his life in Radiator Springs. You might notice a note from Doc Hudson, file folders with the names of other residents and an invoice from Shiny Wax. While it may not seem the most organized, his desk is a treasure trove of memories! 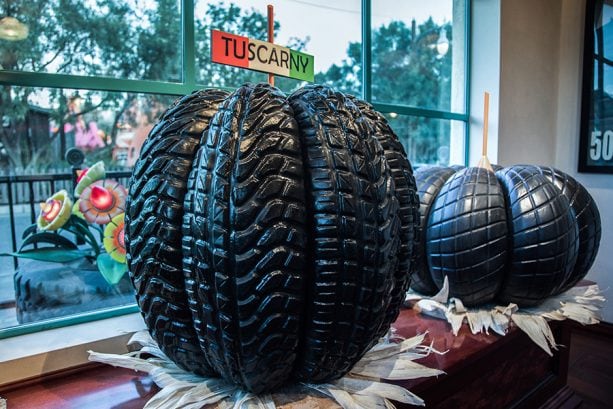 If you’re visiting the Disneyland Resort for Halloween Time, you’ll notice the attraction has transformed into Luigi’s Honkin’ Haul-O-Ween. Luigi has decorated for the season with Haul-O-Ween pumpkins honoring cities from his home country. Starting Nov. 9 for the Holidays, be sure to ride Luigi’s Joy to the Whirl.

Thanks for joining us on today’s tour of Luigi’s Rollickin’ Roadsters, racers!