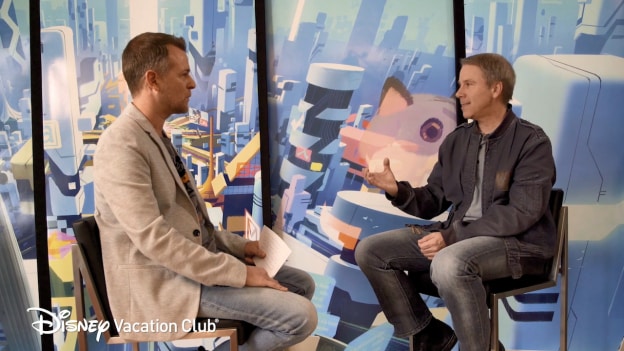 In what sounds like the plot of a Disney film, a Harvard-educated banker quits his steady-but-unfulfilling job on Wall Street and heads to Hollywood to pursue his dream of being a filmmaker. This is the very true story of “Ralph Breaks the Internet” producer Clark Spencer, an Oscar winner whose credits also include “Lilo & Stich,” “Bolt,” “Winnie the Pooh,” “Wreck-It Ralph” and “Zootopia.”

In part two of my six-part conversation with this fascinating filmmaker, Clark takes us back to that critical crossroad in his life and shares advice for anyone who may have the desire – but not the courage – to choose a different path.

Look for a new clip from our conversation here on the Disney Parks Blog each Wednesday until “Ralph Breaks the Internet” opens in theaters on Nov. 21.