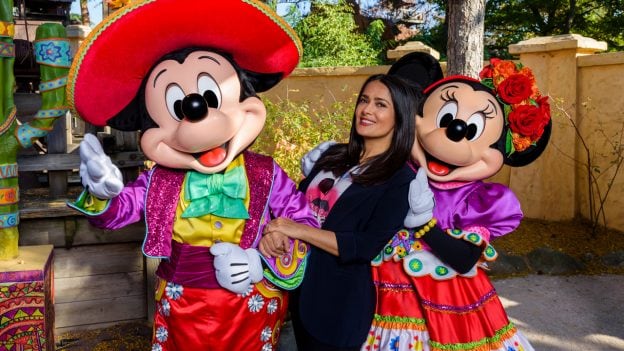 A familiar face was spotted at Disneyland Paris! Actress Salma Hayek stopped by the park recently to enjoy the seasonal festivities and celebrate 90 years of magic with Mickey. 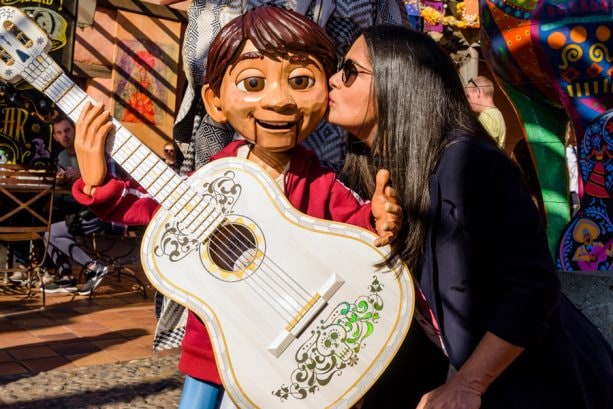 In Frontierland, both Mickey and Minnie struck a pose for her in their colorful Mexican costumes and performed a few dance steps together, followed by an encounter with Miguel, the star of the Disney Pixar film “Coco,” at Fuente del Oro Restaurante near Big Thunder Mountain.

And of course, what’s a visit to Disneyland Paris without a parade? Salma had the chance to see the brand-new float designed especially to celebrate Mickey’s birthday during the Halloween Cavalcade along the streets of Disneyland Park.

There’s so much to do and see at Disneyland Paris during Disney’s Halloween Festival: A Spooky Mouse Skelebration, now until November 4! For more details, check out our blog post on all things Halloween at international Disney Parks.