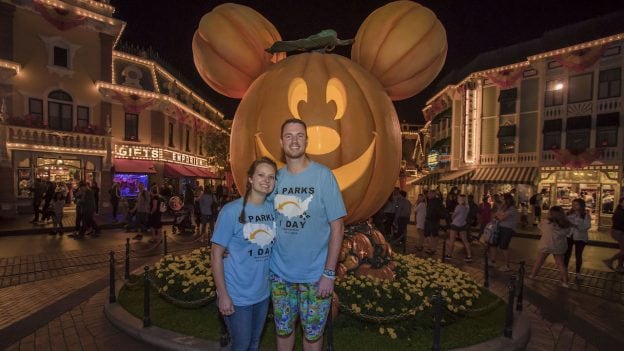 On Wednesday, a couple from Tennessee embarked on the Disney adventure of a lifetime. Their mission: Visit every Disney theme park in the United States in less than 24 hours. 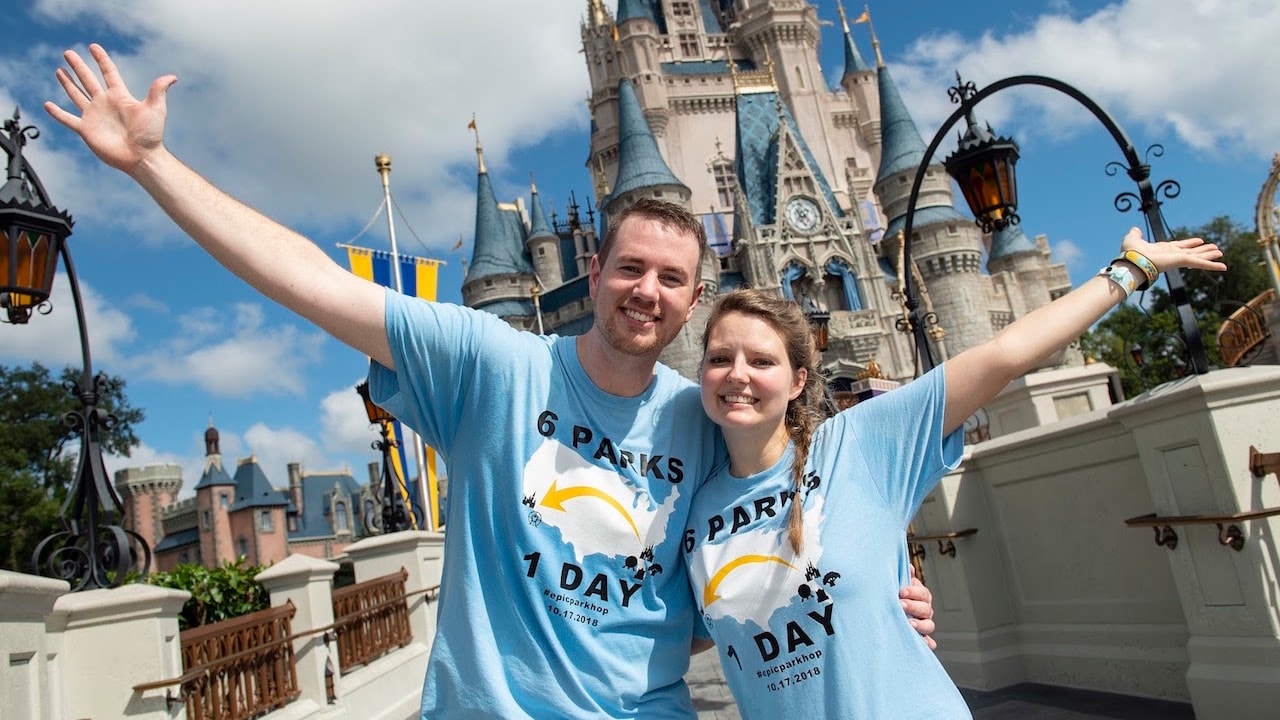 Heather and Clark Ensminger arrived in Orlando Tuesday night and spent the evening at Disney Springs relaxing before their grand endeavor. Their carefully planned agenda included at least one attraction and a bite to eat at each park, so they started their magical day at Disney’s Hollywood Studios as the sun rose over Toy Story Land. From there, they hopped to Epcot for a trip back through history on Spaceship Earth, then skipped over to Magic Kingdom Park to meet Mickey Mouse. Their visit to Walt Disney World Resort concluded with lunch and some fun at Disney’s Animal Kingdom before racing off to the airport. After a cross-country flight to Los Angeles, the Ensmingers slid into Disney California Adventure park before it closed to experience Guardians of the Galaxy – Mission: Breakout! They then jaunted across the Esplanade to conclude their own version of a Disney marathon at Disneyland park.

The couple knew this day could bring some logistical challenges, but they went into it with a lot of experience. The parents of four children all under 10 are Disney park veterans; they made the 10-hour drive from eastern Tennessee to Walt Disney World six different times over a 12-month span from 2017-2018. “In that year, we calculated we spent over a month at Walt Disney World!” Clark said with a laugh. (The kids stayed home with family on this trip.) 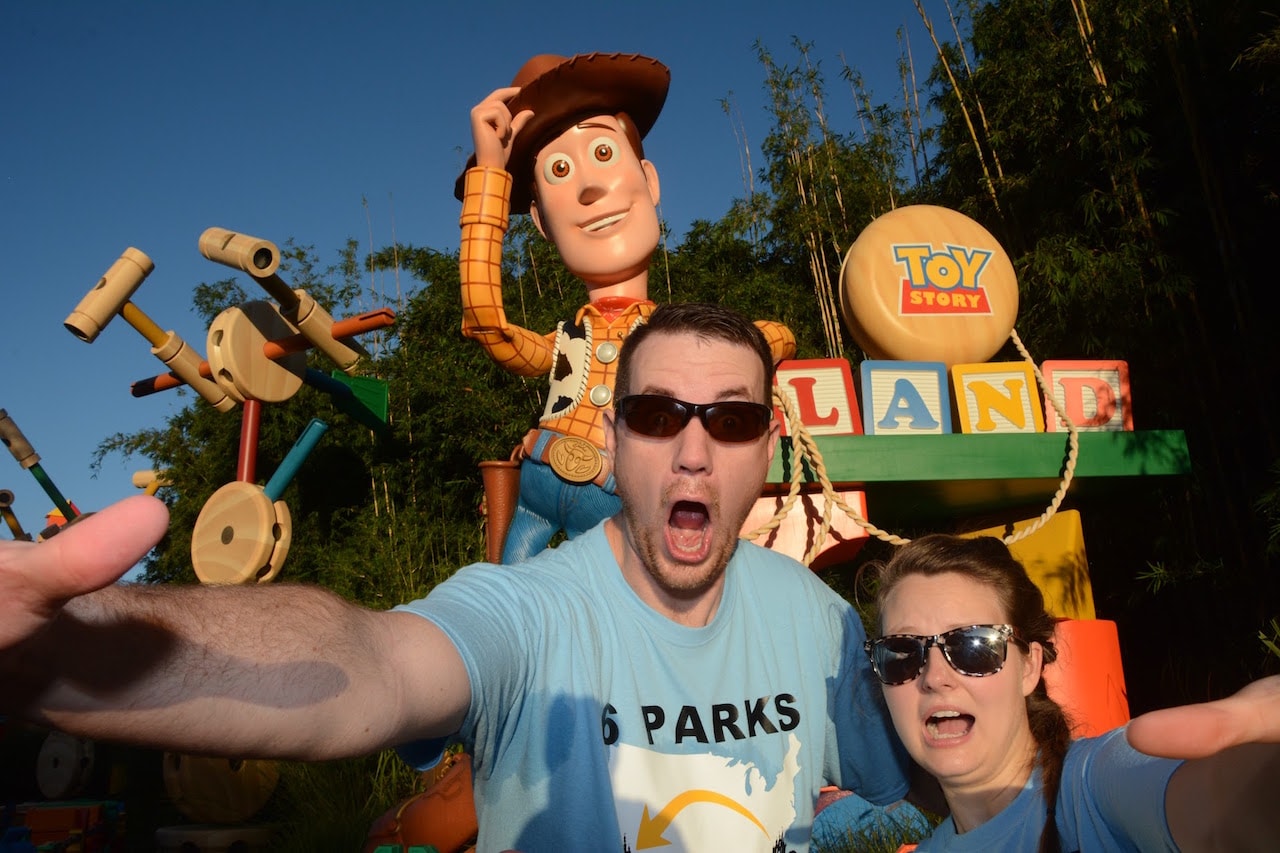 While stepping foot inside every Disney park on the continent was a joy unto itself, the Ensmingers said this trip meant a great deal to them in a very personal way. Heather’s father passed away unexpectedly last October, just days before the family was due to visit Walt Disney World together. “As the anniversary of his passing got a little closer, I was sort of having a hard time,” Heather said. “Unbeknownst to me, my husband started planning this special trip to surprise me.” The surprise was accidentally spoiled about a month ago by a random e-mail, but Heather said “it turned out OK” because she had fun helping make the final arrangements.

So what is it about Disney parks that enticed this husband-and-wife duo to attempt a trip like this? “It’s the magic,” Heather said. “We’ve experienced tons of pixie dust over the years – the cast members always go out of their way to make things special.”

And that was true yet again over the course of this 24-hour sprint, Clark added: “It’s just been a dream come true.”