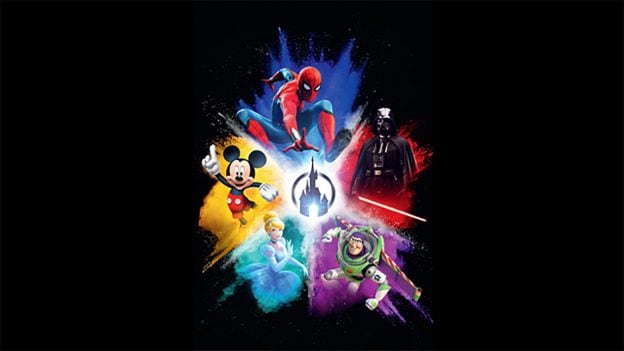 What’s Next at Disneyland Paris in 2019

Disneyland Paris announced this week an incredible series of exclusive new and returning experiences, starting this holiday season into 2019. Consider this your official invite to take part in all the magnifique magic the resort has to offer!

The resort has announced several “mouse”-do events celebrating Mickey’s 90th, including Mickey and his PhilharMagique Orchestra at the Discoveryland Theatre. The Big Cheese also appears in a ghoulish new float, Mickey’s Illusion Manor, during the park’s Halloween parade, and in the new “A Surprise For Mickey!” interactive show at Walt Disney Studios Parks during the Christmas season.

Over the holidays, get ready to deck the halls for an Enchanted Christmas from November 10th through January 6th. Savor the most wonderful time of the year in Town Square where a giant Christmas tree will stand stately as a daily, gentle snowfall completes the postcard-perfect winter wonderland on Main Street, U.S.A.

You can bet Mickey and his friends will put on their jolly holiday best to bring glad tidings to each guest, whether they watch Mickey drum in Mickey’s Big Band Christmas or catch everyone’s favorite goofball in Goofy’s Incredible Christmas.

The new year will ring in the return of the Pirates and Princesses Festival from January 19th through March 17, 2019. In tandem with the swashbuckling and sovereignty, Legends of the Force: A Celebration of Star Wars will make the jump to lightspeed from January 12th through March 17th. Have you ever wanted to hug Chewbacca in person? This year you’ll be able to fulfill that dream and more whether you pledge allegiance to the Light Side or Dark Side of the Force.

Avengers, assemble! The Marvel Super Heroes will once again protect and take over Walt Disney Studios Park in 2019, and this time a new hero will join them. Can you guess who? If you answered, “I am Groot,” you’re correct! Spider-Man, Iron Man, Captain America and more of your favorite Avengers will also appear in thrilling shows and experiences.

In addition to the return of seasonal favorites, the new Festival of the Lion King and Jungle will go wild from July through September 2019. Immerse yourself in the circle of life and the bear necessities for a vibrant, exotic journey featuring Simba, Timon, Pumbaa and Baloo.

Another year memories await at Disneyland Paris, and all that’s missing is you! Allez-y!