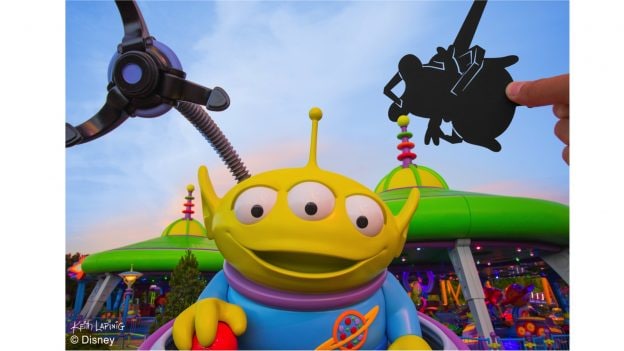 Keith started out his journey through Andy’s backyard by looking for the perfect place to photograph his favorite “Toy Story” friends.

“The Aliens are my favorite Pixar characters, so they absolutely had to be ‘chosen’ to make an appearance!” Keith said. “Here’s one of the Aliens being chosen by the claw now at the Alien Swirling Saucers attraction.”

They weren’t the only little green men to grab Keith’s attention – he also created some backup for the Green Army Men who roam the land. 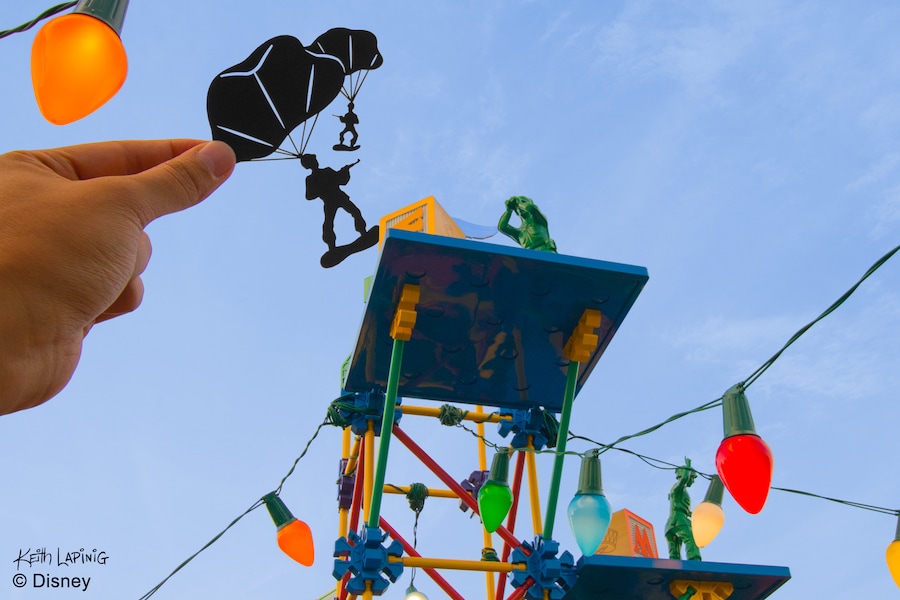 “The Green Army Men around Toy Story Land looked like they needed some reinforcements, so I called them up for the Sergeant! Here they are dropping in via parachute – ready to help with the fun!” he said. 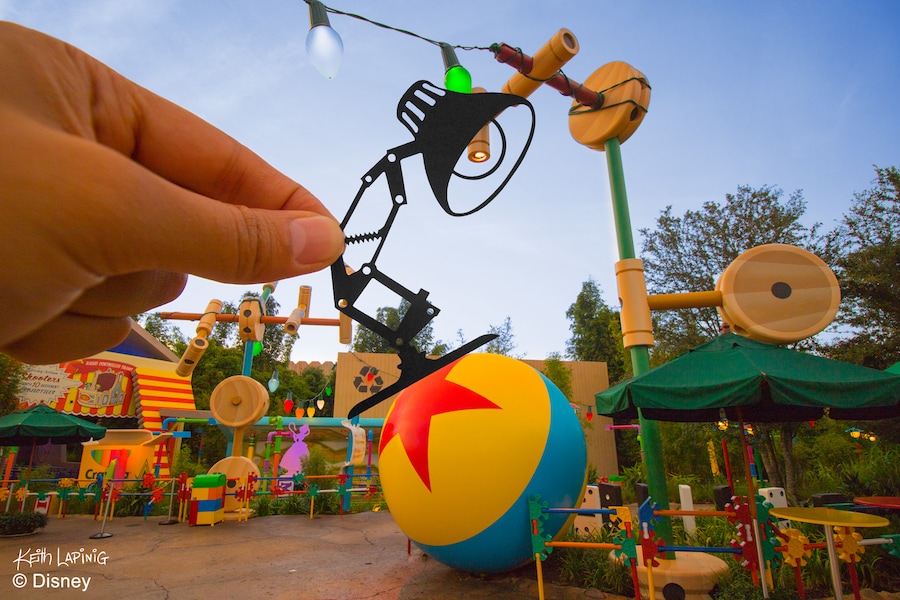 Andy’s backyard is a celebration of all kinds of “Toy Story” friendships, so it’s only natural that Keith would want to reunite

“Pixar’s icon in the very middle of Toy Story Land is adorable, but I wanted to reunite it with its other icon – Luxo Jr,” Keith said. “Trying to balance Luxo Jr. on top of the ball was a lot of fun, especially with trying to get one of the street lamps be the light to it!” 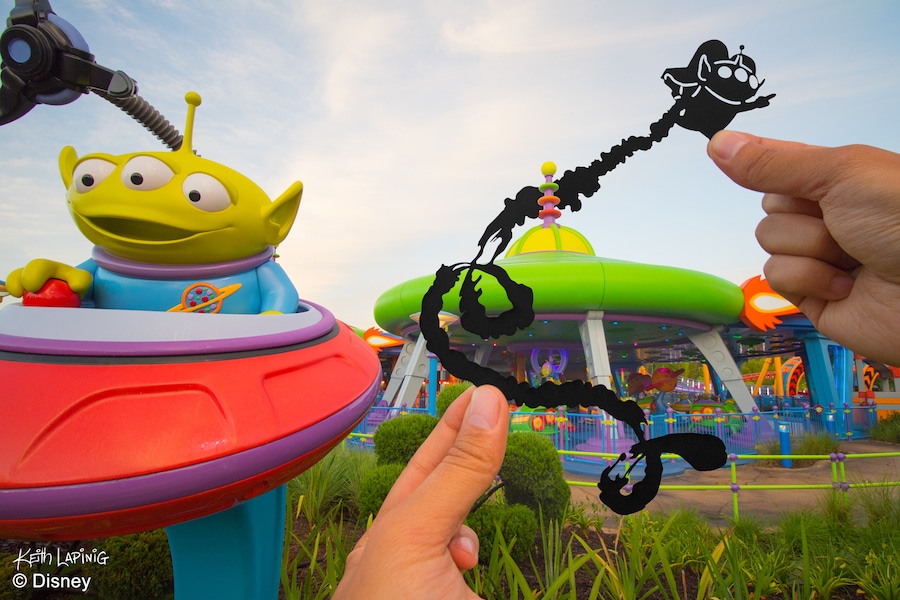 Last but not least, Keith headed back for more fun at Alien Swirling Saucers, where he positioned one lucky guy to blast off “to infinity and beyond!”